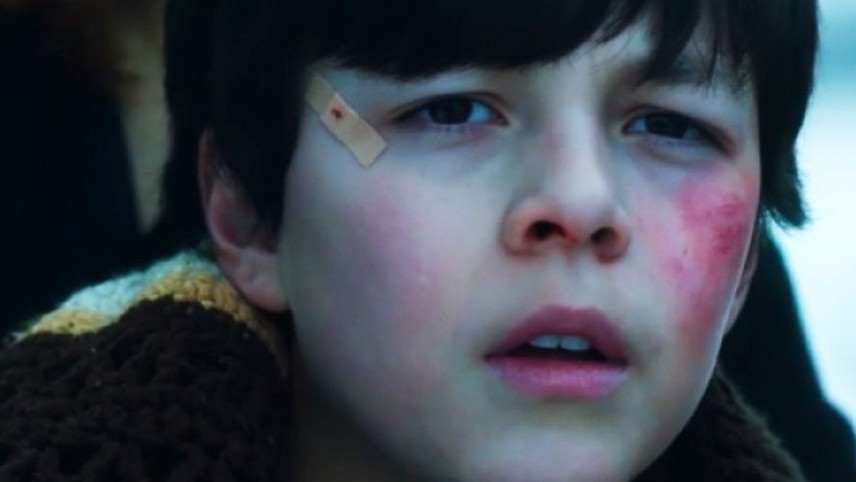 Just before it premieres this Saturday July 21 at Fantasia Film Festival, Raven Banner Releasing slides in to pick up the rights to Knuckleball for Canada.

Raven Banner likes a good twisted thriller and Knuckleball hits it right out of the park with this nail-biting horror.

Directed by Mike Peterson (Lloyd The Conqueror) this is a feature you wouldn’t expect from the Calgarian director, and that’s a good thing. Keep them guessing. And that’s what you’ll be doing throughout this “R rated version of Home Alone.”

Henry is a 12-year old who finds himself cut off and alone on an isolated farm after his grandfather unexpectedly dies. The nearest neighbor finds out there’s no one to protect the young guy, and Henry becomes a target for reasons that are unknown. His parents are at least 24 hours from returning, and a massive snowstorm is brewing. Henry retreats into the house and prepares for a siege. What follows is a desperate battle for survival that will also unlock the terrifying connection between his family and the killer next door.

“The enthusiasm and genre expertise of Raven Banner is the perfect fit for Kunckleball,” says writer/director Peterson. “We’re looking forward to releasing the film in Canada with them.”

Knuckleball will open theatrically across Canada this fall, followed up with iTunes and VOD.

About Raven Banner Releasing
Raven Banner Releasing is the Canadian distribution arm of Raven Banner Entertainment – a full service company specializing in innovative and compelling genre films from around the world. Past releases include Andre Ovredal’s The Autopsy of Jane Doe, M.F.A, Don’t Knock Twice, Baskin, Todd and the Book of Pure Evil:  The End of the End, Tonight She Comes and Victor Crowley. Upcoming releases include Trench 11, and Gaspar Noe’s Climax.