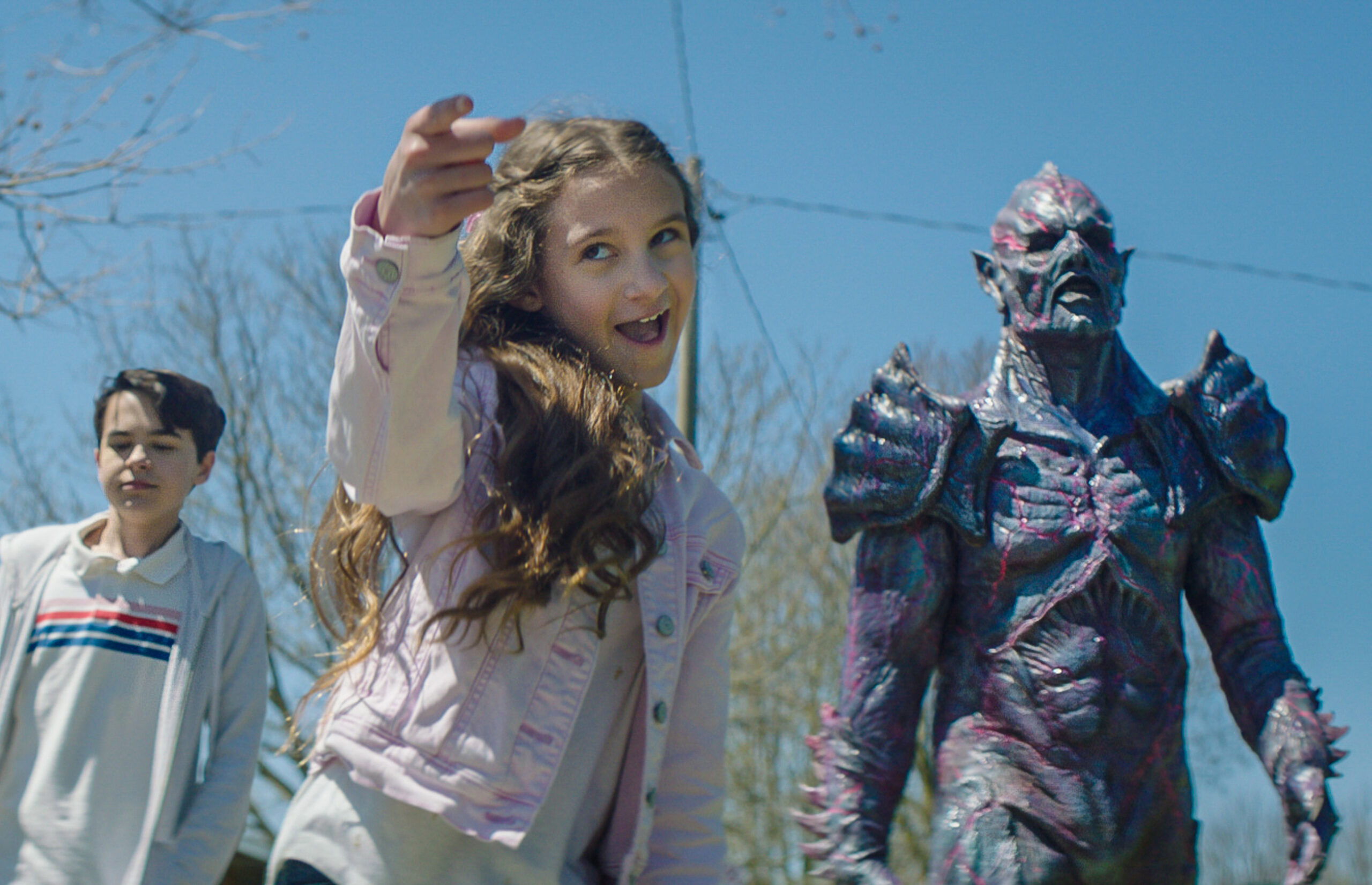 A galaxy-destroying super-villain meets his match, a headstrong little girl.

This hotly anticipated horror-comedy will screen across Canada, January 22, 2021
In-person screening for these venues is the plan, until further notice:

And will be available Jan 22 for streaming via: iTunes, Cineplex, Bell, Rogers, Shaw, Telus & Vimeo.

The film will also be available March 16 in a limited edition DVD/Blu-Ray combo.

“Psycho Goreman is the complete package. Ripe with huge laughs, it bolsters massive creativity that would make the studio system blush and comes with enough gore to flood an abattoir. This is the kind of genre cinema that we dream of.” – ScreenAnarchy

We’ve seen this type of alien before – evil, ugly, possessed of unimaginable destructive powers, and an agenda of universal destruction. But hold the superheroes. What we really need to stop him in his tracks is a little girl with a nasty temper.

Psycho Goreman, written and directed by Steven Kostanski (Manborg, The Void), is a genre indie film that evokes everything from galactic blockbusters to classic kid flicks like My Pet Monster – with the addition of exploding heads, and bodies torn asunder by extraterrestrial death devices.

As we learn in the movie’s preamble, a “nameless evil” that once threatened the galaxy has been imprisoned on Earth, and his release would signal “certain doom for all existence.” As luck would have it, that evil lies buried in the backyard of siblings Mimi (Nita-Josee Hanna) and Luke (Owen Myre), a competitive little girl and her bullied brother. When the siblings stumble upon a magical amulet, they force the unleashed monster to obey their childish whims, and give their murderous new companion a name – Psycho Goreman, PG for short. But while Mimi teaches her lethal new friend how to play drums and swear, this potentially Earth-shattering resurrection attracts the attention of some of the galaxy’s baddest-asses – including the Templars, the overlords who defeated Psycho Goreman in the first place, and who are looking to turn Earth into Battleground 2.0.

Amid the action and explosions, Psycho Goreman has a heart, and a definite grey area as to who the villains and monsters really are at the end of the interstellar day.

Director Kostanski says he created the film as a tribute to the movies he most loved in the ‘80s and ‘90s. “For a long time, I’ve been fascinated by the idea of having your own monster,” he says. “As a kid, the relationship between John Connor and the T-800 Terminator in Terminator 2 amazed me, this kid I could relate to with a badass killing-machine as his pal. Skeletor, Cobra Commander, Megatron… I would actually imagine hanging with these guys.

“I also liked the dynamic of these two opposites – PG and Mimi. One’s one of the most terrifying creatures in the universe, the other is a child whose naïve confidence allows her to boss him around. That relationship is really the movie’s heartbeat.”