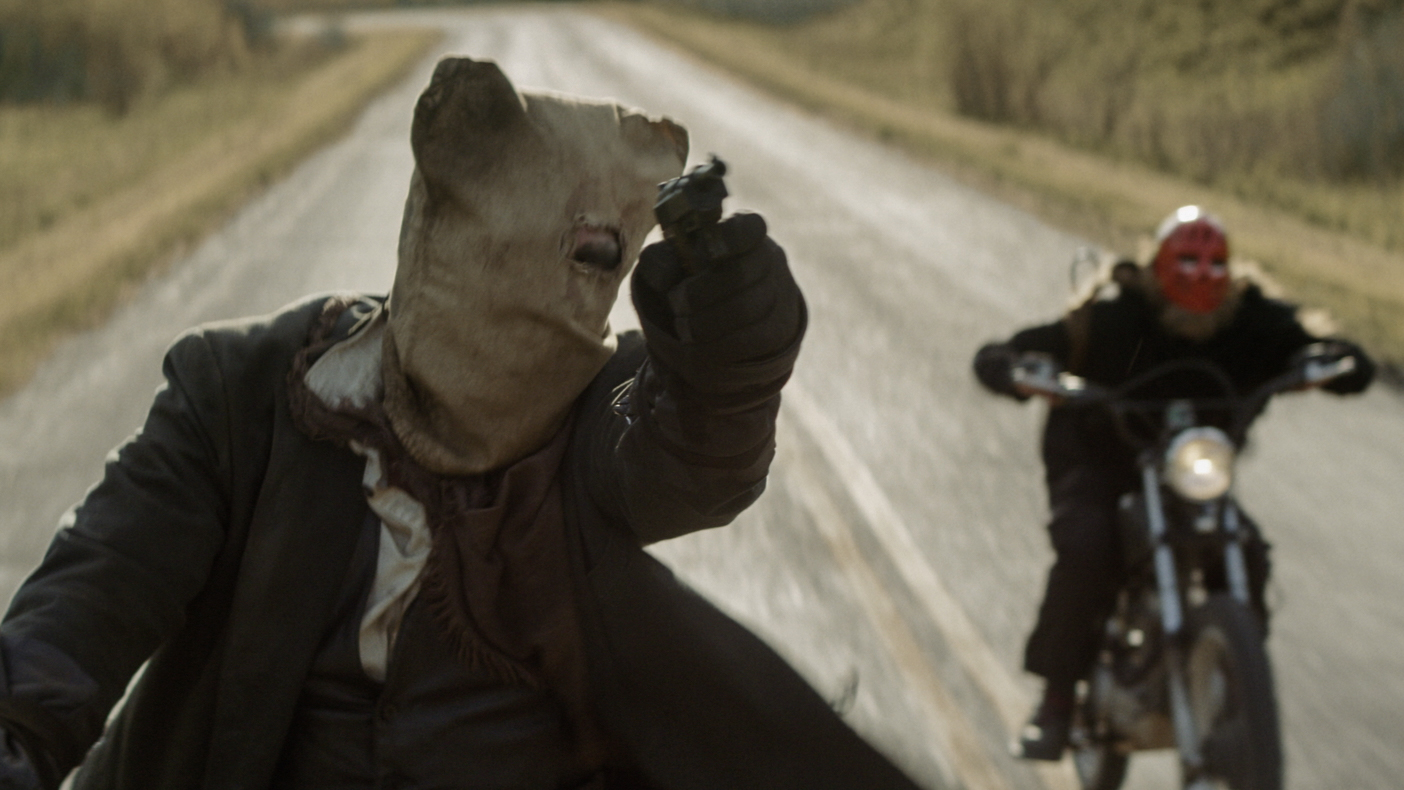 From the creators of WolfCop, and Another WolfCop, comes SuperGrid, the story of two estranged brothers, Jesse (Leo Fafard) and Deke (Marshall Williams) who must travel the notorious “Grid” to collect and deliver a mysterious cargo. The Grid is a highway running through post-apocalyptic Central Canada from the US Border to the Northwest Territories.

Facing off with road pirates and car jackers, the brothers miss their drop-off and unleash a violent showdown with the crime syndicate at Black Lake, the last refuge of hope on the Grid.

Directed by Lowell Dean, written by T.R. McCauley & Justin Ludwig, and produced by Hugh Patterson and Trinni Franke. The film was shot in Saskatchewan and made with the assistance of NSI Features First, Telefilm Canada, Super Channel and Creative Saskatchewan. Canadian distribution is handled by Raven Banner Releasing.

Raven Banner Releasing is the Canadian distribution arm of Raven Banner Entertainment – a full service company specializing in innovative and compelling genre films from around the world. Past releases include Andre Ovredal’s The Autopsy of Jane Doe, Turbo Kid, M.F.A, Baskin, Todd and the Book of Pure Evil:  The End of the End, Victor Crowley and Trench 11. Upcoming releases include Lifechanger, Snowflake, and Gaspar Noe’s Climax.