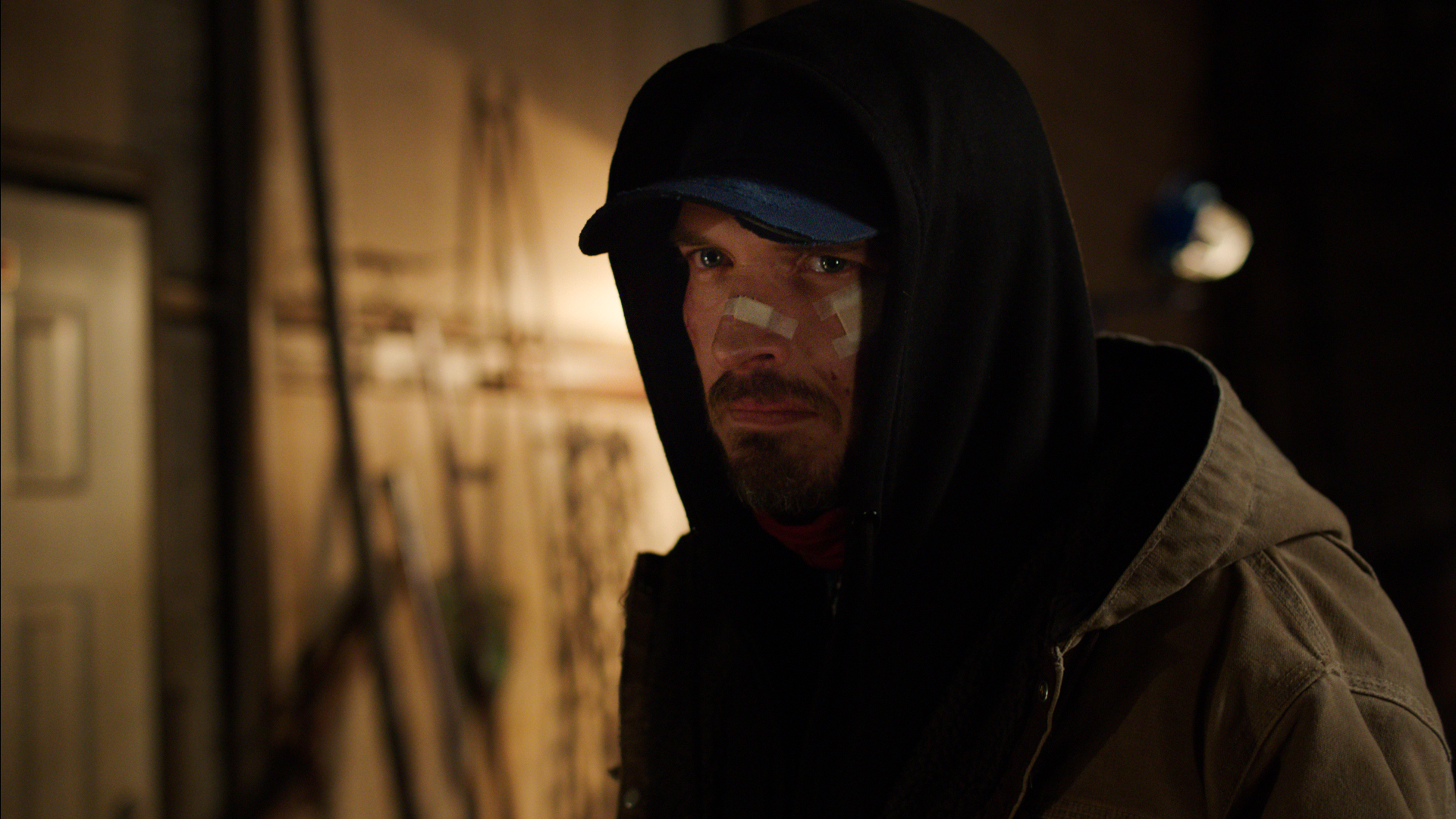 THE UNSEEN
A film by Geoff Redknap

The Unseen is the directorial debut feature from Geoff Redknap, which made quite the splash when it premiered two years ago at Montreal’s Fantasia Festival. Now The Unseen will finally show itself in theatres starting with Toronto, at The Carlton Cinema, beginning June 29.

In a modern retelling of the classic The Invisible Man, The Unseen is about Bob Langmore (Aden Young) a former hockey player, now a struggling mill worker who years earlier mysteriously abandoned his family and isolated himself in a small northern town.  He returns for one last chance to reconnect with his troubled daughter Eva (Julia Sarah Stone) but must partner with Crisby (Ben Cotton) a strung-out animal trafficker, to finance the trip.  When he discovers Eva is missing, Bob will risk everything to find her including exposing the secret that he is becoming invisible.

The film combines the drama of a family disintegrating both figuratively and literally, in this gritty action science fiction thriller.

The Canadian production is produced with the participation of Telefilm Canada and produced by Katie Weekley for Goonworks Films. The film is being distributed in Canada by Raven Banner Releasing.

Raven Banner Releasing is the Canadian distribution arm of Raven Banner Entertainment – a full service company specializing in innovative and compelling genre films from around the world. Recent releases include The Autopsy of Jane Doe, M.F.A, Don’t Knock Twice, Baskin, Dead Shack and Todd and the Book of Pure Evil:  The End of the End. Upcoming releases include The Crescent, Trench 11, Tonight She Comes and Victor Crowley.     Facebook     Twitter     Instagram