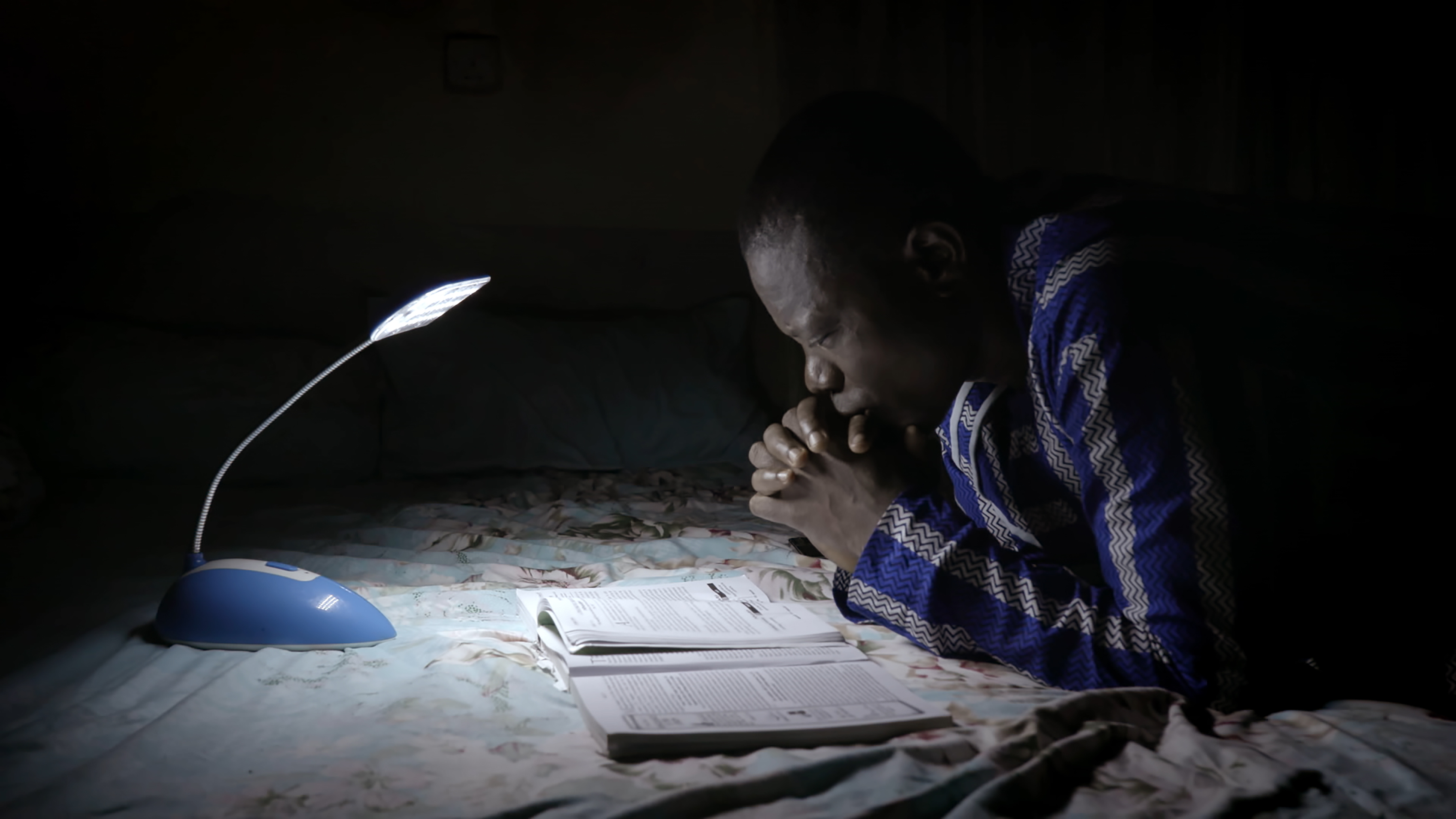 A web of corruption and anger leaves 50% of Nigerians without electricity in Africa’s largest energy-producing country.

From space, at night, Nigeria is awash in light. But the glow almost entirely flares from oil and gas wells. The country, with the world’s largest proven oil reserves, leaves half its population without electricity, and the rest with erratic service.

In Take Light, the feature directorial debut from Shasha Nakhai, takes us to her hometown in the country where she grew up, Port Harcourt, Nigeria, the ironically-nicknamed “Garden City” where the skies have turned grey.

There, she follows the lives of workers for PHED, the previously state-owned Port Harcourt Electricity Distribution Company (PHED) which was privatized in 2013. If any public servants anywhere feel unappreciated, they should compare their lot with the likes of Martins, an unflaggingly upbeat and religious family-man and electrical engineer, or Deborah, a sales-representative-turned-debt-collector.

Both face anger and even mob violence on a daily basis as they cut off service to delinquent customers (most of whom have little ability to pay, in a country with 7.5 million jobless). Martins, who has miraculously survived electrocution in the past, climbs poles to cut off dangerous makeshift wiring that is used to steal power. (We also meet Godwin, an “illegal electrician,” who invariably reconnects the “People’s Power” the following night).

The powerlessness closes businesses and forces people to use generators when they can (often bringing them indoors where they often succumb to fires and carbon monoxide poisoning). Even hospitals fall prey, unable to maintain refrigeration in their morgue, forcing them to “dry embalm” corpses.

Meanwhile, at the central power distribution plant, we meet Gbadamosi, who commits himself to trying to keep power flowing, despite demand that is almost four times capacity, and outright shutdowns as militants in the Niger Delta blow up pipelines.

And to provide sardonic counterpoint, we see the YouTube podcasts of James and Harry, two Nigerians who angrily mock PHED and their employees, and the privateers and the government, providing a loudspeaker to popular frustration in Nigeria.

“Port Harcourt is the source of my fondest childhood memories,” says Nakhai, who produced the Oscar short-listed Frame 394. “Today, however, the city is much different than what I remember. Perfectly manicured green hedges have turned to black dust—the fallout zone of a fossil-fuel economy.

“Take Light is a film about Nigeria’s energy crisis, with my hometown as the backdrop. It’s about a crisis of electrical energy, but also about other kinds of power struggles – the tensions between people, between past and present, between governments and colonial powers—and about the transformation of it all into a seething, powerful force.

“I want to show the urgency and challenges of transitioning to greener and more egalitarian economies.

“But, this is also a film about the power of hope. With people like Martins, it is about keeping the candle lit in times of darkness and despair, about fighting to remain a good person when corruption is the status-quo, and harnessing the power of humour and religion to make it through each day.”

Take Light was produced by Storyline Entertainment in association with the Documentary Channel, and the participation of the Telefilm Canada and the Rogers Group of Funds through the Theatrical Documentary Program, Canada Media Fund, the Ontario Media Development Corporation, Rogers Telefund, The Canadian Film or Video Production Tax Credit and the Ontario Media Development Corporation Film and Television Tax Credits, with the assistance of the Hot Docs Ted Rogers Documentary Fund, and Compy Films.

About Shasha Nakhai
Shasha Nakhai is a filmmaker based out of Toronto with Compy Films and Storyline Entertainment. Her award-winning films have screened at festivals and aired on TV worldwide, been released on iTunes, gone viral and been awarded Vimeo Staff Pick and Short of the Week. Her last film with partner Rich Williamson, Frame 394, was shortlisted for the 2017 Academy Award for Best Documentary Short and is part of the CBC’s new Digital Doc Shorts initiative. It had its world premiere at the 2016 Hot Docs Film Festival, was named one of TIFF’s Top 10 Films of 2016, and was nominated for 2 Canadian Screen Awards. Shasha was 1 of 8 emerging producers selected for the DOC Institute’s Breakthrough Program in 2015, and was awarded Telefilm Canada’s Pay It Forward Prize as part of the Hot Docs Film Festival’s Don Haig Award. Having graduated from Ryerson University’s Broadcast Journalism program, she was born in the Philippines, grew up in Nigeria and came to Canada as an international student in 2003.

About Storyline Entertainment
Emmy-award winning Storyline Entertainment, headed by Ed Barreveld, is a producer of documentaries and non-fiction programming. Storyline was named a top 100 global producer of non-fiction by Realscreen in 2013 and 2014 and their Emmy, Gemini and Canadian Screen Award winning films have screened at many festivals including TIFF, Tribeca, Full Frame, True/False, IDFA and Hot Docs. Their documentaries have been broadcast around the world on channels such as PBS, History TV, Discovery, CBC, National Geographic, SVT, ZDF and ARTE.