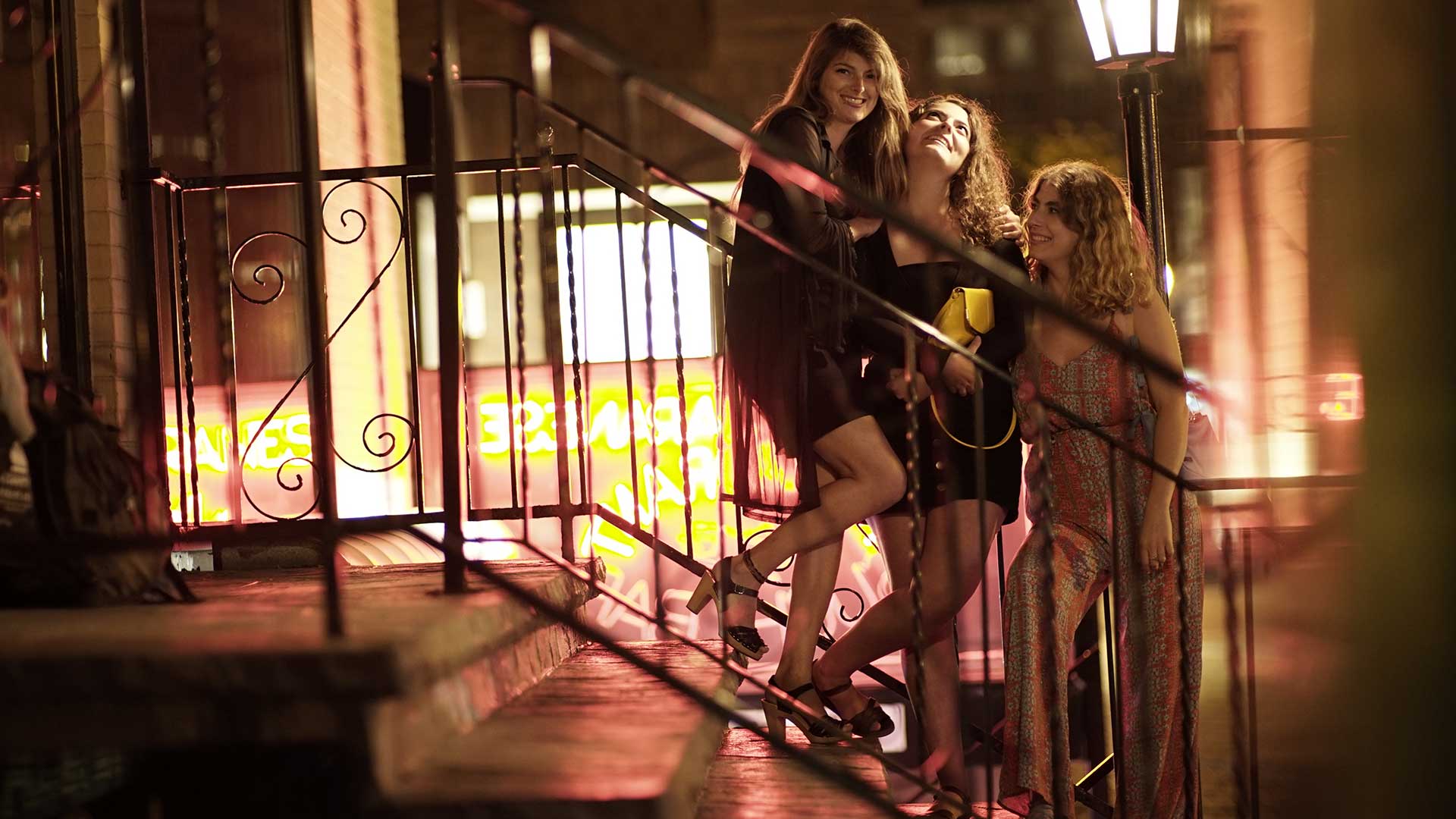 Is The “Sugar” Lifestyle as Sweet As it Sounds?

Sugar Sisters
A Film By Ann Shin and Hannah Donegan

“Regular dating, sugar dating, courtesan, escort, streetwalker… it can be a bit of a slippery slope.”   – Carina, Former Sugar Baby
In every battle of conscience vs. cash, there’s really no such thing as a winner or loser – just a great story.

Meet Amalia and Caroline, two attractive, educated twentysomething sisters exhausted by the endless cycle of debt, bills, and low paying jobs that have become synonymous with being young in Canada. Looking for access to financial support, a better lifestyle – and the fantasy of a deep-pocketed future husband – they make the decision to enter the popular, and highly controversial world of Sugar Dating.

According to SeekingArrangement.com, the world’s largest Sugar website with over 4.5 million members, the concept is simple: In return for a “mutually beneficial arrangement” (fun, friendship, gifts, money, travel and possibly sex), a young woman, known as the Sugar Baby provides “the girlfriend experience” to a wealthy, generous older man, the Sugar Daddy.

When the girls’ older sister, Hannah, a filmmaker, decides to join in the experiment to document the process and keep a watchful eye on things, feminist principles and cold reality clash in an interesting, and highly unexpected way.

With the average Sugar Baby in Ontario earning upwards of $4,000 per month, the message and marketing around this lifestyle has captured the attention of a generation, and of the press worldwide.

Produced & Directed by Hannah Donegan and Ann Shin, the documentary also brings audiences together with sex trade workers, Sugar event-promoters, Daddies, Babies, and the girls’ immediate family, to break down widely different opinions about the benefits, dangers and illusions of being a “modern” kept woman.

In The Bowl: In the Sugar lifestyle.

In The Wild: The Sugar term for the offline world (otherwise known as real life) where the ultimate Babies operate,
and the richest Daddies are found.

To Benefit; Benefitting (v): The ultimate verb in the Sugar world, it can mean giving or receiving of material and/or financial gifts; spending time together; or engaging in sexual acts.

Splenda Daddy: A poor substitute for the ‘real sweetness’, this is a man who genuinely wants to be a Daddy, but just doesn’t have the right car/resources/lifestyle/ or swagger to pull it off. Often seen as filler for low-end or inexperienced Babies, the Splenda Daddy is good for no-pay free dinners and friendship – and that’s it.

Salt Daddy: To be labelled as ‘salt’, or ‘salty’ means trouble. The Salt Daddy also does not have the resources to be in the bowl, but uses the online environment, often with multiple profiles, to lure inexperienced babies. It’s just a sex thing.

POT pronounced (pē-oh-tē): A potential Sugar Daddy. You go on POT dates before locking in an arrangement.

PPM (Pay-Per-Meet): This à la carte practice is seen as the domain of either the desperate, low-end Baby, or of the ultimate poacher on Sugar turf – an escort disguised as a Baby.

HANNAH DONEGAN | PRODUCER, CO-DIRECTOR
A film producer working with Fathom Film Group in Toronto, Hannah has directed numerous short doc and dramatic films, including Sugar Sisters (CBC), Red Riding Hood, a horror film that premiered at the Calgary Horror-Con and won Audience Choice and Best Gore at the 18th Toronto Film Challenge, a Ryerson University Design thesis project, and multiple episodes of the comedic web series, Jay&Cokes. Hannah is currently a producer on a team that’s developing a number of film and web-focused projects, including the Emmy nominated documentary My Enemy, My Brother (SuperChannel), Four Fridges: The Super-Food Chain (TVO), Smart Drugs (CBC). She was a 2013 SXSW Interactive panelist and is currently on the board of directors at Breakthroughs Film Festival.

FATHOM FILM GROUP: An award-winning film and new media company, Fathom Film Group creates film, series and cross-platform projects that tell the story across a broad spectrum of media. Our films and series, including My Enemy, My Brother, The Defector: Escape from North Korea and Security 911, are beautiful and compelling, dramatic and thought-provoking with a focus on social issues. Our transmedia projects range from immersive interactive websites, games, and digital and mobile applications. Our programs have aired on CBC, HBO, TVO, ABC, History Channel, Discovery Channel, ITVS, W Network, Vision TV, and have been screened and downloaded around the world, garnering numerous awards. www.fathomfilmgroup.com

CBC FIRSTHAND: CBC’s new point-of-view documentary series gets to the heart of issues that matter to Canadians. Celebrating the great Canadian tradition of documentary, Canada’s best filmmakers bring us films with compelling characters, harrowing tales and unforgettable moments. With unique and often unexpected access, these stories will ignite discussions and open dialogues about issues relevant in today’s society. www.cbc.ca/firsthand

CBC/ RADIO-CANADA: CBC/Radio-Canada is Canada’s national public broadcaster and one of its largest cultural institutions. They are Canada’s trusted source of news, information and Canadian entertainment. Deeply rooted in communities all across the country, CBC/Radio-Canada offers diverse content in English, French and eight Indigenous languages. They also provide international news and information from a uniquely Canadian perspective.. www.cbc.ca