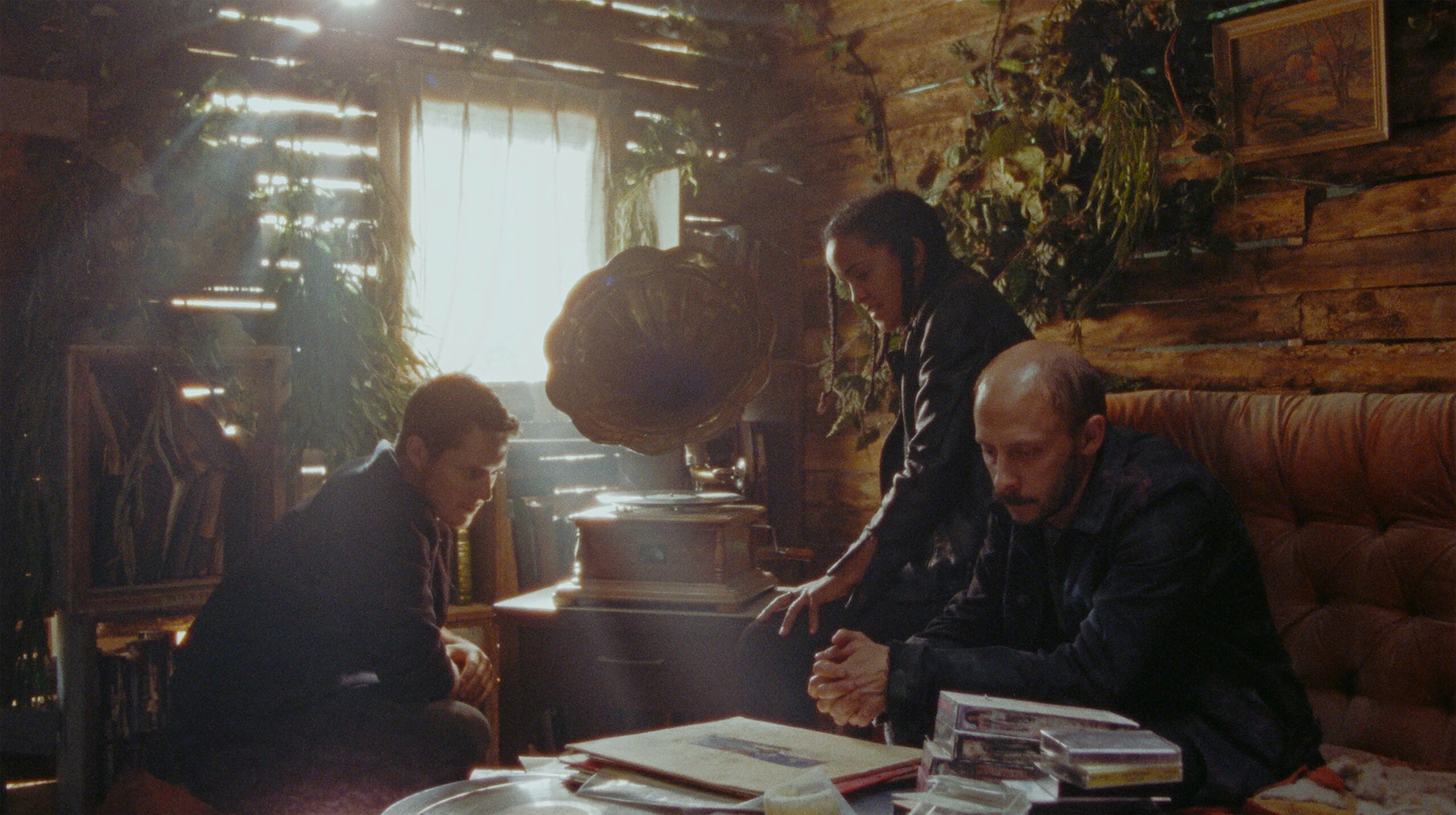 THE ARCHIVISTS
A short film by Igor Drljaca

TIFF veteran Igor Drljaca (Krivina, The Waiting Room, The Stone Speakers) returns to the festival with his first short film since his award winning, The Fuse: Or How I Burned Simon Bolivar (2011). The Archivists, a dystopian musical written and directed by Drljaca, stars Noah Reid (Schitt’s Creek), Bahia Watson (The Handmaid’s Tale) and Maxwell McCabe-Lokos (The Husband).

A trio of musicians traveling across a future dystopian landscape discover a degraded vinyl album and attempt to re-imagine one of its songs.

Shot on beautiful 16mm film, The Archivists is a bold departure for Drljaca as he makes his return to short filmmaking. Hard to define, the film is truly an original creation. As TIFF programmer Lisa Haller describes it as, “wistful dystopian sci-fi that is both hauntingly eerie and will get your foot tapping”.

The film is a collaboration between Timelapse Pictures (the company Drljaca owns with fellow filmmaker Albert Shin) and Big & Quiet Pictures with producers Ashley Shields-Muir and Connor Jessup. Montreal-based La Distributrice will sell the film worldwide.

The Archivists received financial support from the Canada Council for the Arts, British Columbia Arts Council and Toronto Arts Council.

About TimeLapse Pictures
Timelapse Pictures is a production company based in Toronto, Canada, founded by filmmakers Igor Drljaca and Albert Shin. Their films, including In Her Place, The Waiting Room and The Stone Speakers have won numerous awards and played festivals worldwide including TIFF, Berlinale, Locarno, Telluride, SXSW, among others, helping the company become a leader in artist-oriented productions in Canada.

About Big & Quiet Pictures
Big & Quiet Pictures was founded by Connor Jessup and Ashley Shields-Muir in 2014 to make personal, director-driven work. Their films have played at festivals around the world and they’ve collaborated with The Criterion Collection, Bell Media, Metafilms and others. Connor is an actor and filmmaker known for his leading roles in Netflix’s Locke & Key and ABC’s American Crime. Ashley is a producer and production manager and has worked on some of the biggest productions in Canada, most recently with Searchlight Pictures, Blumhouse and MGM.