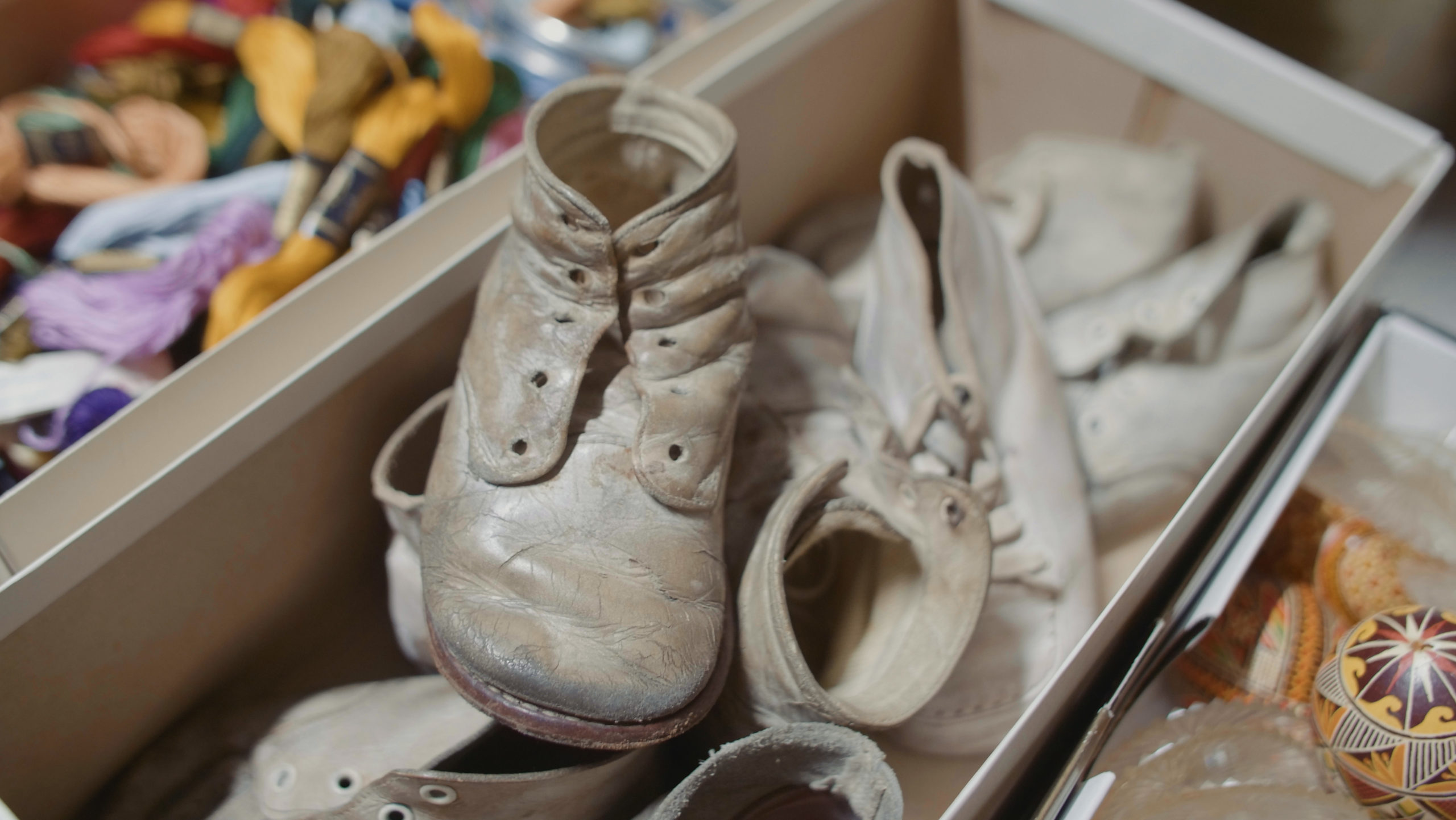 The Art of Downsizing
a film by Geeta Sondhi

A 62-year-old worries that if he sells his late wife’s possessions, “I might not love her anymore.” A 90-year-old matriarch believes that, “If I get rid of my things, they will take me away” to a nursing home. A 79-year-old must sift through, among other things, 50 photo albums.

Seniors especially come from a tradition of heirlooms, one often not compatible with the streamlined lifestyles of their Millennial children. Geeta Sondhi’s documentary The Art of Downsizing follows three seniors who, sometimes agonizingly, come to terms with the fact that they are drowning in possessions and mementos.

Their commitment to the past can be astonishing. Bill Cheng, whose late wife’s possessions have passed through three generations with ties to the United Empire Loyalists, admits he’s spent half a million dollars over 20 years paying for storage. He believed she was hanging on to items of increasing value, and had to be convinced by an antique expert that his wife’s figurines and other tchatkes were essentially of value only to him.

Two years after the death of her husband, Barbara Dodds, a former teacher, has an epiphany that she will not leave the job of downsizing to her kids, and is determined to take charge of her streamlined future.

And beloved nonagenarian Kathleen “Mama” Gordon – whose age is belied by her love of dancing and singing – deals directly with her daughters in her downsizing project, raising a fuss at every stage of a process that reverberates with feelings of guilt and occasional family friction. “The young people don’t know what the older people are feeling,” she says, plaintively.

They take different routes to their less-encumbered lives – an online auction seller, an antique dealer, frank-talking family – but the end goal remains the same, the realization that “things” are not people, and that memories are internal and not strewn about the house.

“For me, the ultimate expression of strength is an ability to feel and pass through vulnerability,” says director Sondhi, “and this is what i believe i found in Barb, Kathleen, and Bill, who were expressive and always true to themselves with the camera rolling.”