THE MEASURE OF A MAN, a film by Stéphane Brizé – Opens April 15 in Toronto | Opens April 22 in Ottawa 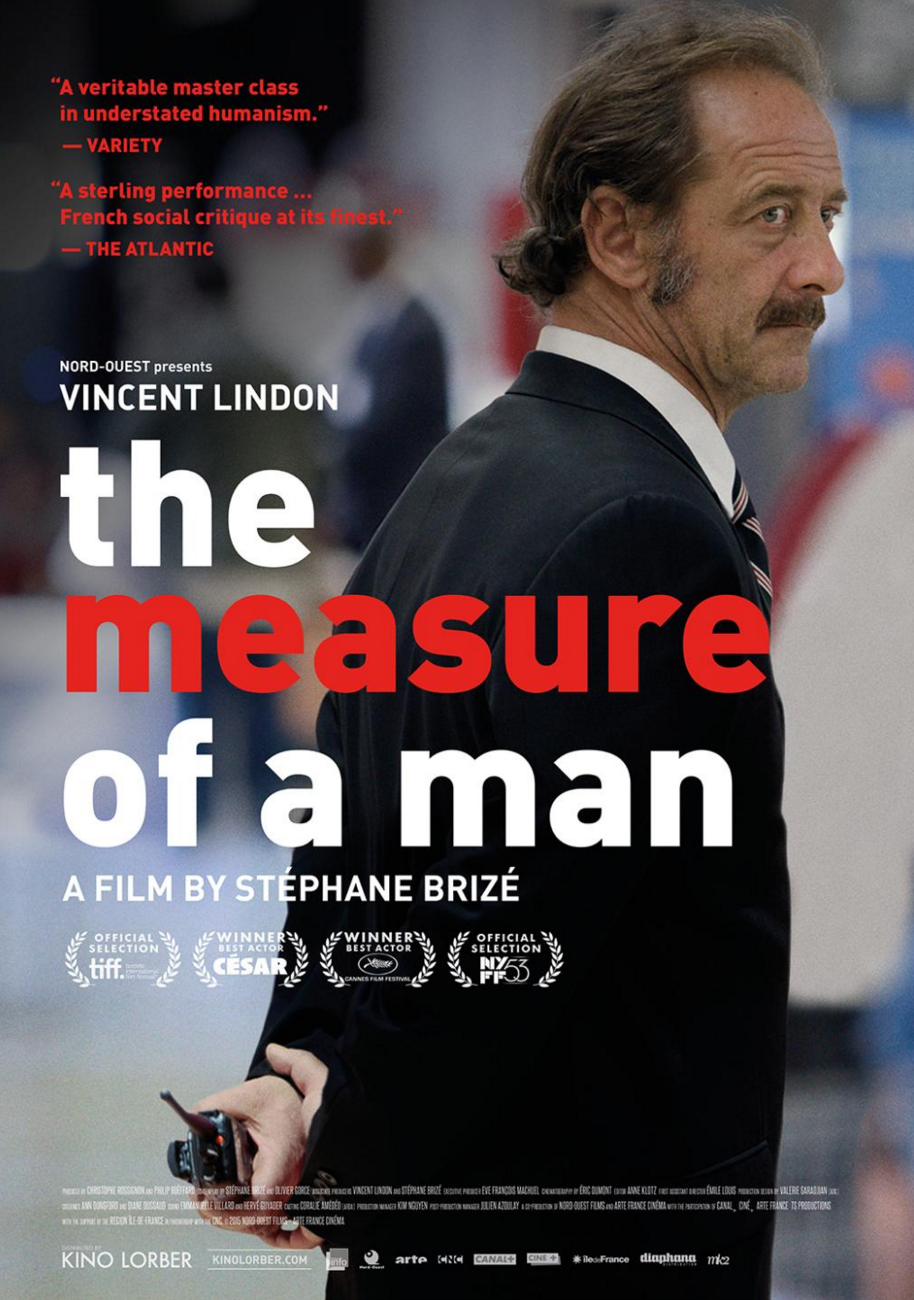 The Measure of a Man (La loi du marché)

A film by Stéphane Brizé

“Brizé’s intimate lensing puts us inside the conversations, letting us feel the aching humanity in every moment.” – Tim Greirson, Paste Magazine

“French social critique at its finest” – Benjamin Dodman, The Atlantic

Amidst ominous headlines constantly warning of a new potential global financial meltdown, comes The Measure of a Man, Stéphane Brizé’s intimate portrayal of one man’s struggle to keep his family afloat in our new economic order, opening in Toronto on April 15 at TIFF Bell Lightbox, from Video Services Corp (VSC).

Thierry (Vincent Lindon) is an unemployed everyman who has submit to a series of quietly humiliating ordeals in his search for a new job. From futile retraining courses that only lead to dead ends, to workshops where jobseekers heavily criticize each other, he finds himself navigating a series of mechanisms that seek to break him down and strip him of identity and self-respect. When he is finally able to land a job in surveillance, he starts to face a new set of moral dilemmas.

“It’s one thing for a business to make money. It’s another if it physically or morally abuses its employees to do so,” says director Brizé. “Work has become a rare commodity. Like water. And companies ultimately have an enormous amount of power. If a company is healthy, the exchange between it and the employee is harmonious. But if this company acts like a dictatorship brandishing a nuclear weapon, then the employee becomes little more than canon fodder.”

A hit at the 2015 Cannes Film Festival where it received universal critical acclaim and a special mention from the Ecumenical Jury at Cannes, The Measure of a Man is wrtier/director Stéphane Brizé’s sixth feature. Brizé’s decision to cast amateur actors alongside award-winning veteran actor Vincent Lindon has been credited as one of the reasons behind the film’s powerful realism. Lindon’s performance in the film earned him the Best Actor award at Cannes and a recent César Award for Best Actor.