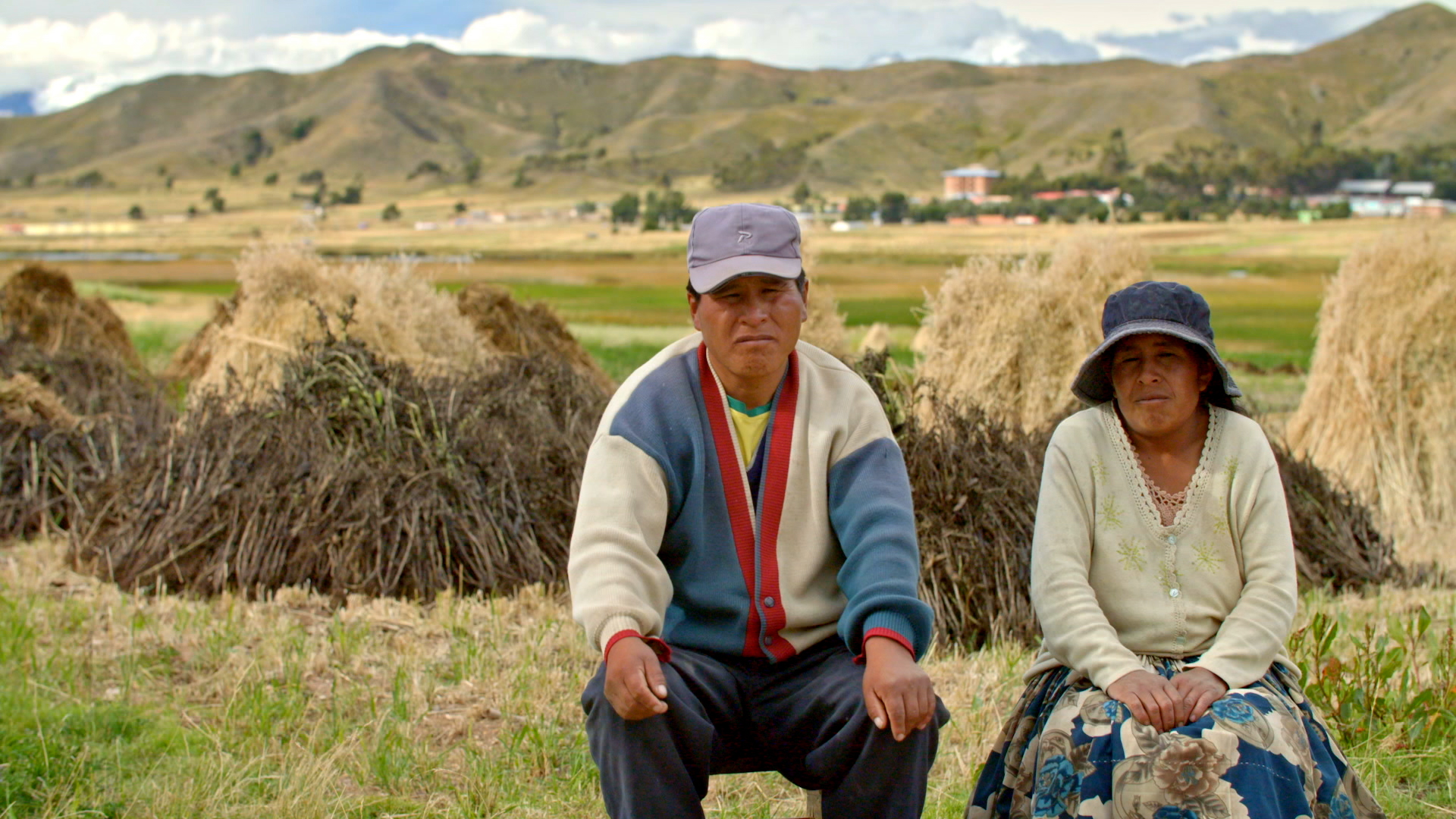 THE SUPERFOOD CHAIN explores how the global industry affects food security for farmers and fishers around the world.

Shot in 4K, this gorgeous documentary follows filmmaker Ann Shin as she meets families in Bolivia, Ethiopia, Philippines, and Haida Gwaii whose lives have changed since the superfood boom.

Every year, the western world is introduced to new ‘superfoods’ that boast extraordinary nutritional benefits. The Superfood Chain explores the story behind the rise of superfoods like quinoa, teff, coconuts, and wild salmon, revealing the ripple effect the superfood industry has on the lives of farm families in Bolivia, Ethiopia, the Philippines, and Haida Gwaii. The documentary examines serious issues related to the globalization of superfoods, including unintended effects on food security, health, sustainable farming, and fair-trade food practices.

“I’m a sucker when it comes to food trends,” says Shin. “I try out the latest superfoods, always ensuring to eat right.

“But are exotic superfoods really that good for you or are we better off buying locally? These questions took me to four different countries where I could finally connect the dots between what is marketed as a superfood, and the farmers and fishers who are affected by the industry. I realize there is a way to eat healthily and do right by farmers.”

Directed by Ann Shin, THE SUPERFOOD CHAIN is a Fathom Film Group production, presented by TVO with the participation of the TELUS FUND and the CANADA MEDIA FUND

An accompanying website at Thesuperfoodchain.com invites users to explore the origins of superfoods and to delve deeper into lives of the people who produce them. It features short, interactive videos about the families profiled in the documentary, myths and facts about superfoods, nutritional information, and recipes.

About Fathom Film Group
Fathom is an award-winning media company with innovative approaches to cross-platform projects that tell the story across a broad spectrum of media. They have partnered with a range of broadcasters and brands, and their films and series include My Enemy, My Brother, The Defector: Escape from North Korea, Security 911 and Sugar Sisters. Their work is dramatic and thought-provoking with a focus on social issues. Fathom produces transmedia projects from VR experiences to interactive websites, A.I. and other digital applications. Their work has been broadcast, screened and shared around the world, including: CBC, TVO, ABC, PBS, HBO, documentary Channel, History Channel, Discovery Channel, SBS, NHK, ITVS, CTS, as well as garnering numerous awards at festivals around the world. Recent awards and nominations for Fathom include a Golden Goblet Nomination at the Shanghai International Film Festival, the Grand Jury Award at the 18th Annual San Diego Asian Film Festival, and The Spirit of Freedom Award at the Bahamas International Film Festival for the documentary, My Enemy, My Brother.

Currently on the slate are cross-platform documentary and interactive DM projects Smart Drugs, and The New Black Gold. Documentary and web series in development, Radical Retirees, Hunting in Packs, and The A.I. God.

THE SUPERFOOD CHAIN will be screening at the following film festivals in October: