Things I Do For Money, a film by Warren P. Sonoda, Canadian digital launch, August 11 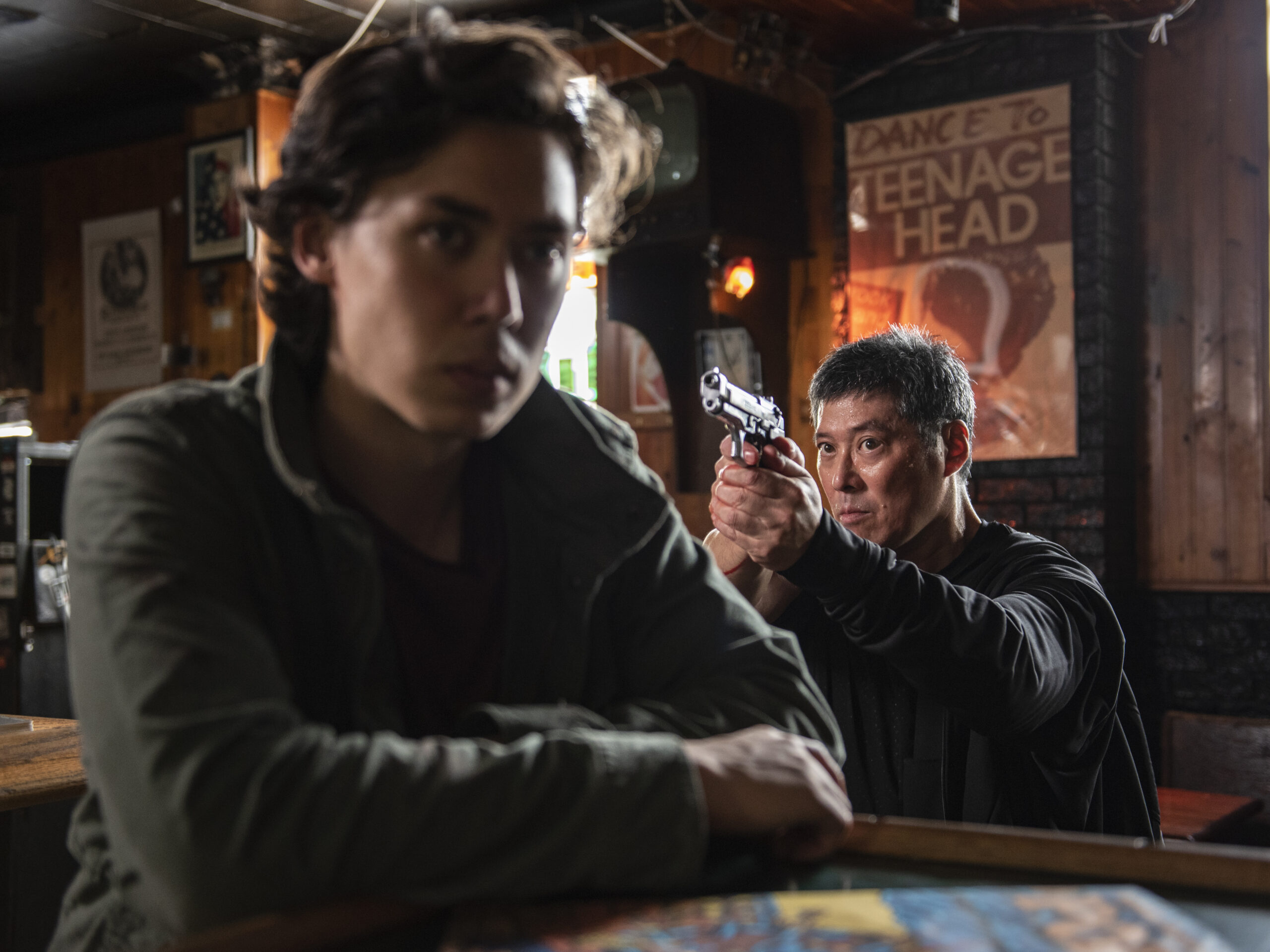 Things I Do For Money
A film by Warren P. Sonoda

“An exceptional thriller with a concert climax final heist scene worthy of Hitchcock, THINGS I DO FOR MONEY is a gritty genre-bending crime thriller the likes of which audiences have never seen before. The Aoki brothers give impressive performances for their big-screen debuts.”  – Whistler Film Festival

“…Even though being a story about crime, with lots of action, blood and violence, Sonoda has created a deeply personal film unlike any crime film already out there. A film about family, about being Japanese-Canadian and about his hometown of Hamilton…” – Nikkei Voice

“… The film brings in heist elements, gritty street drama from the steel town of Hamilton, Ontario, and a cast of sometimes surreal gangsters, hitmen and bingo players that all create a symphony of mayhem…” – Slashfilm

In a career that spans 11 feature films, 160 music videos, 70 television episodes, a BAFTA award and two Emmy nominations, Warren P. Sonoda’s latest film, Things I Do For Money is the first time he turns his Japanese-Canadian roots on for the camera. Not to mention, this is the very first Canadian genre feature (Crime) written and directed by a Japanese-Canadian filmmaker, starring four Japanese-Canadian Actors that has ever been made, and is the first to be sold domestically to Canada (Raven Banner) and to the US (SP Releasing).

Bold in its execution and a historic addition to the Canadian crime cannon, Things I Do For Money is a dynamic thriller, set to the full-bodied sounds of the cello. Eli and Nick Yaguchi, two Japanese-Canadian cello-playing brothers from Hamilton, Ontario (played by real-life virtuoso brothers Theodor and Maximilian Aoki in their film debuts) inadvertently steal a bag of money. And yes, trouble ensues, starting with a lethal Vancouver hit man that turns out to be their estranged uncle Just Jimmy (played by their actual father, Edward Aoki). Through a confluence of events and massive bad luck, they also have to save their father’s life, steal an $8 million dollar painting and fight for their lives to get into a prestigious music conservatory. Along the way they discover that everyone has a price and that family never bails on family, no matter the cost.

The film also features some of Canada’s best recording artists, The Arkells, July Talk, Jane’s Party and the legendary, iconic, The Northern Pikes whose titular song anchors the film’s most intense scene. Not to mention the phenomenal original score, composed and performed by acting leads and brand-new film composers, Maximilian and Theodor Aoki. This original soundtrack for THINGS I DO FOR MONEY – will be released through IndieCan Records later this year.

About Raven Banner Releasing
Raven Banner Releasing is the Canadian distribution arm of Raven Banner Entertainment – a full-service company specializing in innovative and compelling genre films from around the world. Releases include Andre Ovredal’s The Autopsy of Jane Doe, M.F.A, Don’t Knock Twice, Baskin, Todd and the Book of Pure Evil: The End of the End, Trench 11 and Tragedy Girls, Hagazussa: A Heathen’s Curse, and Gaspar Noe’s Climax.

About Federgreen Entertainment
Avi Federgreen’s over twenty-five years of experience in the Canadian film industry features many highlights including producing over 60 films in Canada. Federgreen’s current projects in release as Producer include Things I Do For Money, Man Running and Lifechanger.  Some of Federgreen’s past projects as producer include One Week, Still Mine, Score: A Hockey Musical, Kiss & Cry, Prisoner X, High Life, Leslie, My Name Is Evil, I’m Yours, Empire of Dirt and Hungry Hills to name a few.

About Filmcoop
Filmcoop Inc is a Toronto-based, female-run film collective and production company who focus on fostering their passion alongside others. Emily Andrews, Laura Nordin and Jen Pogue are a collaborative and creative producing team who have brought audiences theatrical releases and festival runs of such feature films as Cocksure Lads, Burning, Burning, Pond Life, The River You Step In and the upcoming Nightalk by Don Shebib.