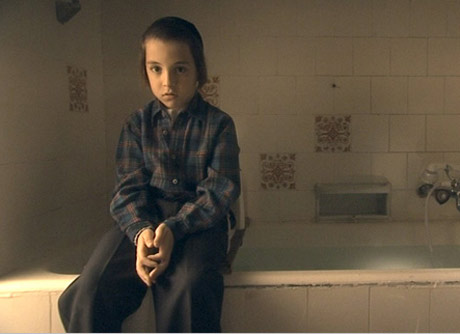 Tickets available here : $18 in advance  at TJFF.COM or 416-3224-9121 (cash only at door, subject to availability)
In time for the Jewish High Holy Days, the Toronto Jewish Film Festival presents David Volach’s My Father My Lord – a modern interpretation of the story of Abraham and Isaac. This moving and internationally-acclaimed Israeli drama is being shown to honour the time of reflection between Rosh Hashanah and Yom Kippur.

The film centres around Rabbi Abraham Eidelmann (played by the late Assi Dayan) whose personal tragedy forces him to re-evaluate his love of God against his commitment to family.

Dr. Gabriel Citron, will introduce the film and lead a discussion afterward.  Dr. Citron is the Ray D. Wolfe Postdoctoral Fellow at the Anne Tanenbaum Centre for Jewish Studies at the University of Toronto.

My Father My Lord won a jury award at New York’s 2007 Tribeca Film Festival, as well as Best Director at the 2007 Taormina Film Festival, and was praised as “heart-breakingly tender,” by The New York Times.

The Toronto Jewish Film Festival presents the best feature films, documentaries and shorts from Canada and around the world, on themes of Jewish culture and identity.  The Festival is dedicated to using film for its contemporary popular value and accessibility, in order to reflect the diversity of the Jewish experience internationally. The TJFF provides an opportunity to heighten awareness of Jewish and cultural diversity around the world to audiences of all cultural backgrounds, and to present films in their original languages, with subtitles, in an effort to break down racial, cultural and religious barriers and stereotypes.
website:  http://tjff.com/
Facebook: TorontoJewishFilmFestival
Twitter: TJFFTweets