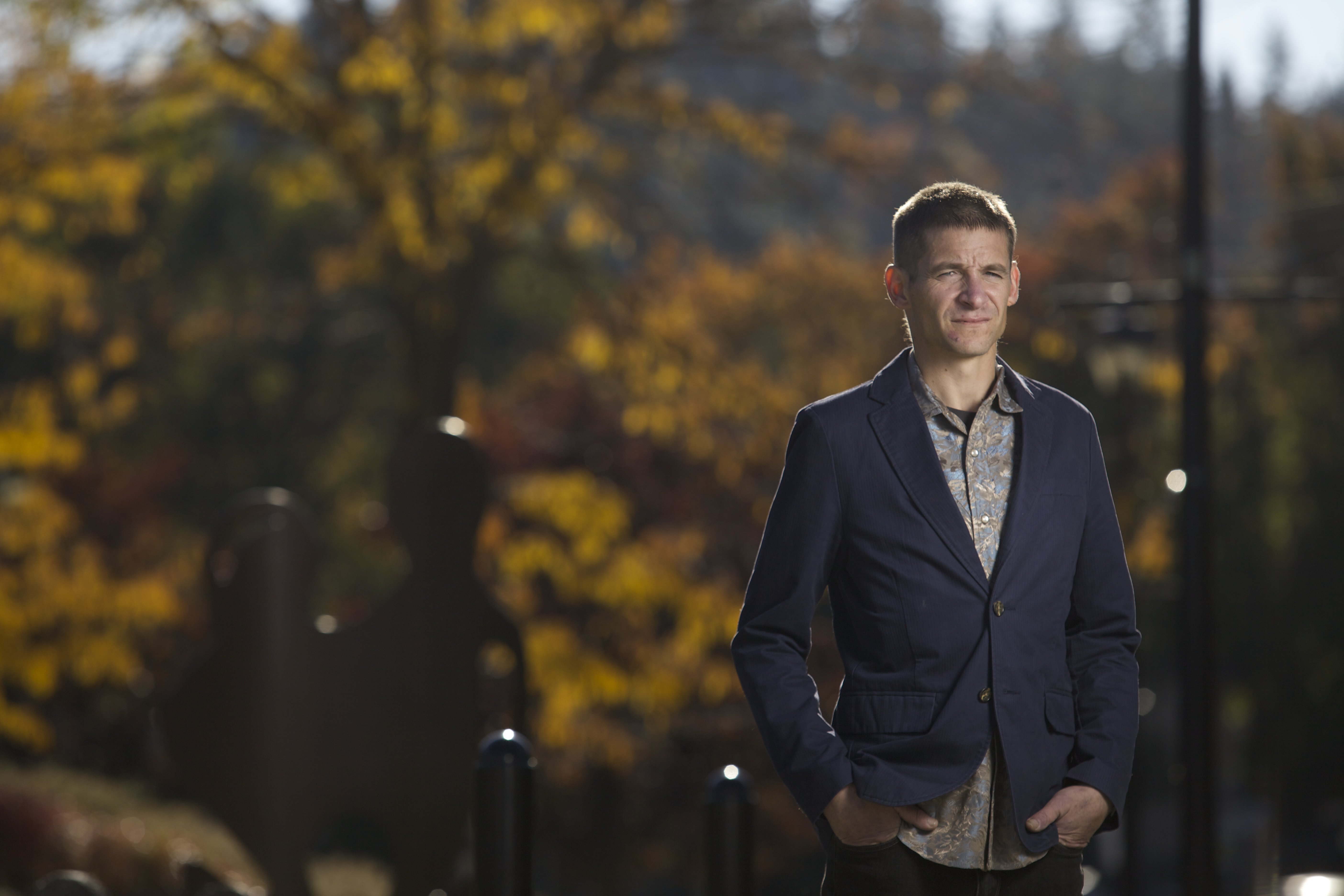 “All of us chemists are smarter than the police and we’re going to stay ahead of them.

And if they find out one of the [drugs] that we’re making, we’ll make a different one.

And this will go on forever. The only way to make it stop would be to

take all the chemists in the world, put us all in a prison, and then bomb it.”

Most Canadians have seen the shocking news reports related to fentanyl overdose – fatalities in the thousands that continue to mount, law enforcement’s efforts to keep pace with production, and the public heartbreak of grieving families trying to cope.

Now, for the first time, CBC audiences can go beyond the headlines with unprecedented access to the world of illegal fentanyl, and a glimpse inside the mind of one of Canada’s most (self-described) skilled producers of black market synthetic drugs, a man known simply as Beeker.

Much like the fictional Walter White character in the critically acclaimed television series “Breaking Bad,” Beeker is compelling, highly articulate, and an altogether unsettling presence.  An elite, underground chemist who lives in hiding, Beeker has twice been charged with making controlled substances. Willing to speak openly on-camera about his expertise and how the science of synthetics works, he also delivers a chilling warning: as deadly as fentanyl is, it will soon become “obsolete.” The new class of more profitable, more powerful superdrugs it has spawned- are now being made available across Canada, and will cause chaos in our streets, and in our homes.

Debuting Thursday, December 1 at 9:00pm ET/PT (9:30pm AT) on Canada’s point-of-view documentary series, CBC Firsthand, “Unstoppable: The Fentanyl Epidemic” reveals both a dangerous tipping point in the history of the synthetic drug trade, and a dark vision for the future – seen through the eyes of Beeker, and others whose lives and identities are inextricably tied to the legacy of illegal fentanyl.

RCMP Cpl. Eric Boechler is one of North America’s pre-eminent experts on fentanyl. A drug enforcement specialist with CLEAR (Clandestine Labs Enforcement & Response Team), he discusses the latest efforts to keep his team safe against the effects of these toxic substances, and to stay on top of ever-evolving manufacturing and distribution models.

Pat O’Connell is a grieving father and fentanyl awareness advocate, doing his best to deal with the loss of his son Byron to an accidental overdose. Together with his daughter Ashley, Pat speaks out courageously in the aftermath of tragedy to tell Canadians about the killer most will never see coming.

Written, produced & directed by Robert Osborne with Executive Producer Jari Osborne, ‘Unstoppable’ represents an important new information and discussion resource for Canadians everywhere*. The one-hour documentary also takes viewers behind the scenes for the preparation and launch of a real-time RCMP drug raid, and to street level in Vancouver’s downtown eastside. Together with Registered Nurse Keira St. George of Vancouver’s Primary Outreach Services, some of our country’s most vulnerable citizens speak out on the new reality of addiction, and risking daily survival in the shadow of fentanyl.

PRODUCER | DIRECTOR | WRITER | ROBERT OSBORNE is a multi award winning investigative journalist, writer and television director.  He’s spent more than thirty years working for national newsmagazine programs including CTV’s W5ive, CBC’s Marketplace, Pacific Report and Global Television’s National News.  In the past year he began working for the internationally acclaimed series “Drugs Inc.” on National Geographic channel providing investigative work for the producers.  He’s written investigative articles for the Toronto Star and the National Post.  As part of that work Robert has uncovered dozens of stories about the drug trade in Canada—the first complete national story on Fentanyl appearing in the National Post.  He’s also worked on numerous stories on drug pipelines between Asia and Canada.  He has extensive contacts both in the underworld, and with law enforcement across the country.  During the last thirty years Robert has won seven RTNDA awards (for Best On-going News Coverage, Best Feature Program and Best Investigative Documentary,) several gold medals from the New York Film Festival, a CAJ award for Investigative Journalism, (two additional finalist nominations), two Prix Aniks (CBC) and a Chris award from the Columbus Film Festival. He has also been nominated six times for Geminis (two wins for his show.) In 2009 he received a Citation of Merit from the Governor General’s Michener Awards for a documentary on a lack of police accountability in Canada.  In 2013 Robert was nominated for a Canadian Screen Award for his work on CTV. www.dambuilderproductions.com

EXECUTIVE PRODUCER | JARI OSBORNE is a multi-award winning documentary filmmaker with over 20 years of broadcasting and production experience.  Her films have earned country’s most prestigious awards as well as numerous international distinctions.  Osborne’s debut film, Unwanted Soldiers was recognized with a Gemini, a Hot Docs Best History Award, a Chris Award, Yorkton’s Humanitarian Award and many others.  Osborne was also nominated for Best Director at Yorkton and Best Writer at Hot Docs.  Her follow-up film, Sleeping Tigers: The Asahi Baseball Story, received a prestigious Rockie Award at the Banff World Media Festival and a Special Jury Prize at Yorkton.  It was also nominated for a Best History Gemini and named Best Feature Documentary at the San Diego Asian Film Festival.  Osborne’s other credits include Tabitha’s Journey, the story of a young girl’s dream of seeing Canada before going blind.  The Big Wait followed three foreign trained doctors and their struggles to practice medicine in Canada.  Most recently she produced and directed The Beaver Whisperers for CBC’s The Nature of Thing and Leave it to Beavers for Nature on PBS.  The Beaver Whisperers was nominated for a CSA Best Science award while PBS submitted Leave it to Beavers for 2015 Emmy consideration. Both films have been distributed worldwide.  Currently, Osborne is in development with the National Film Board on a feature length documentary.www.dambuilderproductions.com

CBC FIRSTHAND:  CBC’s point-of-view documentary series gets to the heart of issues that matter to Canadians. Celebrating the great Canadian tradition of documentary, Canada’s best filmmakers bring us films with compelling characters, harrowing tales and unforgettable moments. With unique and often unexpected access, these stories will ignite discussions and open dialogues about issues relevant in today’s society. www.cbc.ca/firsthand

CBC/ RADIO-CANADA:  CBC/Radio-Canada is Canada’s national public broadcaster and one of its largest cultural institutions. We are Canada’s trusted source of news, information and Canadian entertainment. Deeply rooted in communities all across the country, CBC/Radio-Canada offers diverse content in English, French and eight Indigenous languages. We also provide international news and information from a uniquely Canadian perspective.. www.cbc.ca

PETROL: THE SERIES at AFM