WARNING: Firecracker Department with Naomi Snieckus is about to explode 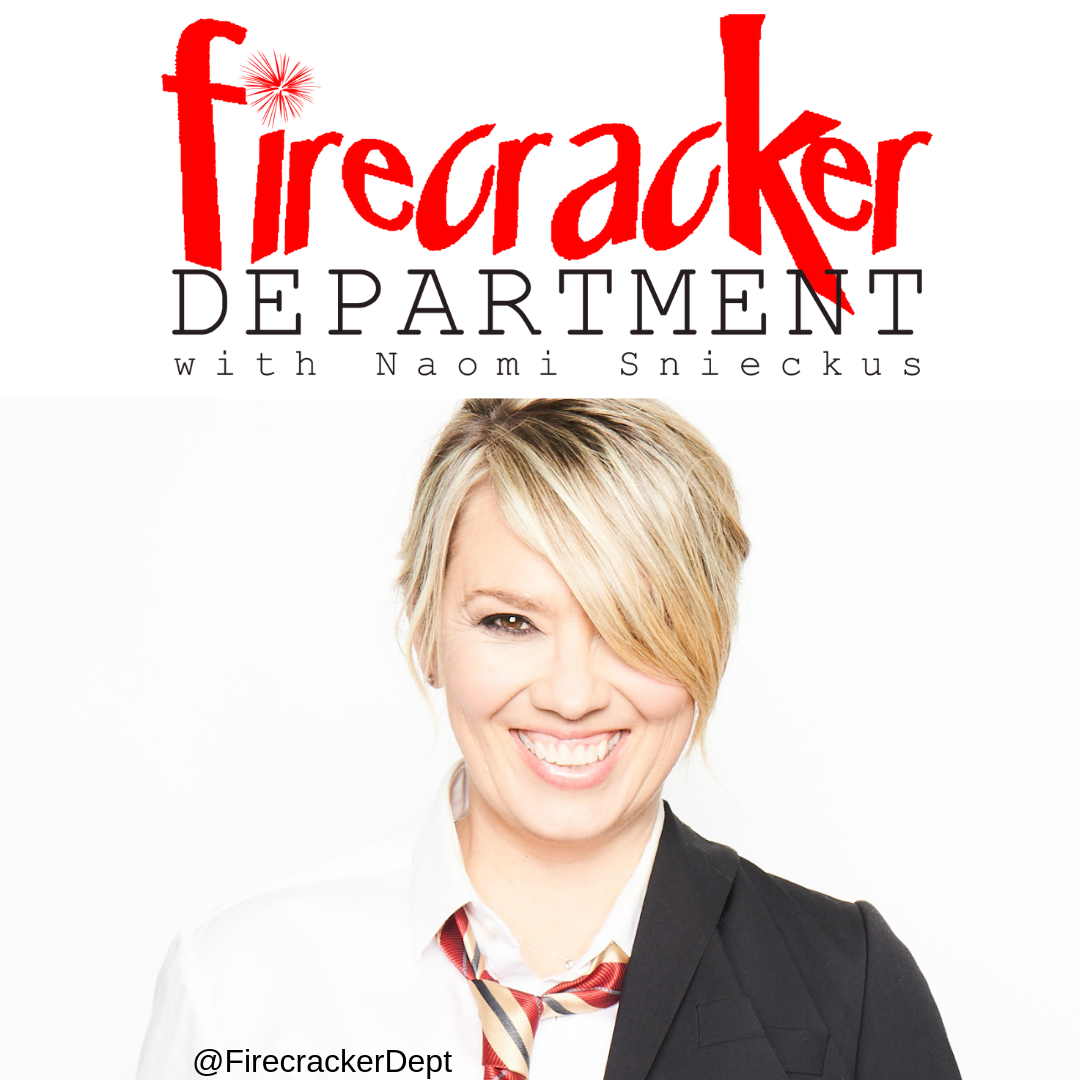 A fem-fueled phenomenon, Firecracker Department is a podcast with a worldwide following that’s about to spread its wings to other media.

In its infancy, Firecracker Department consisted of a microphone and the irresistibly charming and multi-award winning talent, Naomi Snieckus (Mr. D, Second City).

As host of the in-demand podcast, Naomi has created a comfy cozy sit-down environment to kick back and shoot the chat with some of the brightest and most charismatic women in the entertainment industry.

Created in 2016 by partner producers Naomi and Carousel Pictures’ Katelyn Cursio, the goal for Firecracker Department was to offer a platform for women’s voices and stories, and to offer a more gender balance in a lopsided world.

“I had big plans and dreams for Firecracker Department but knew I could not do it alone,” says Naomi. “I needed a team.”

Naomi reached out on social media to gauge interest from other women to get involved in a Firecracker Department community.

“I put a message out on social and instantly there was a surge of women that responded to say they would love to be involved,” says Naomi. ”I’ve heard of women having each others back but never felt it as strongly as I did at that moment.”

With the incredible success of the podcast, the mighty team of two, has now become a fierce 15. The dream-team of driven women alongside Naomi and Katelyn, are Rachel Wilson (Actor), Joanne Boland (Actor),

“We had so much on our plate as a in-demand company and until we were joined by these amazing women, our dreams were unattainable,” beams Naomi. “ Suddenly anything is possible.

The conversations and brainstorming between this group has cultivated a community that will embark on a number of new initiatives this year, kicking off with a must-read Firecracker Department Newsletter, launching January 15. Inside you will find:

Rachel Wilson introduces A SOUND MIND, a monthly space where you can feel seen, heard and held; Joanne Boland will feature REDPOINT where each month a light will shine on women whose ascent in the entertainment business paved the path for others; Jen Pogue will offer a place to share things that inspire; Jessie Gabe will entertain with her firecrackerFIVE – five questions for the Firecracker of the month; Anna Gustafson who heads up the COMEDY DEPARTMENT will put the fun back into funny with her monthly musings.

And every last Sunday of the month, Deanna Moffitt alongside Naomi, go live on Instagram and Facebook with SPARK. This is where a tough question is raised and discussed with Life Coach Deanna and Host Naomi. These discussions are so noteworthy that recaps of the conversation will both be included in the newsletter and posted on the Firecracker Department website. Ideas, opinions, debates, and humour will be shared, with an open invitation for anyone to join in and fatten the conversation. Firecracker Department is a platform for women to share in each other’s voice, loud and clear.Firecracker Department Podcast with Naomi Snieckus can be found on iTunes. Representing the full spectrum of ’The Biz’. It’s a funny, frank talk about success, life in the public eye, the victories, embarrassments and vagaries of fame. With 43 episodes available on iTunes, a new season of the podcast begins in February 2019.