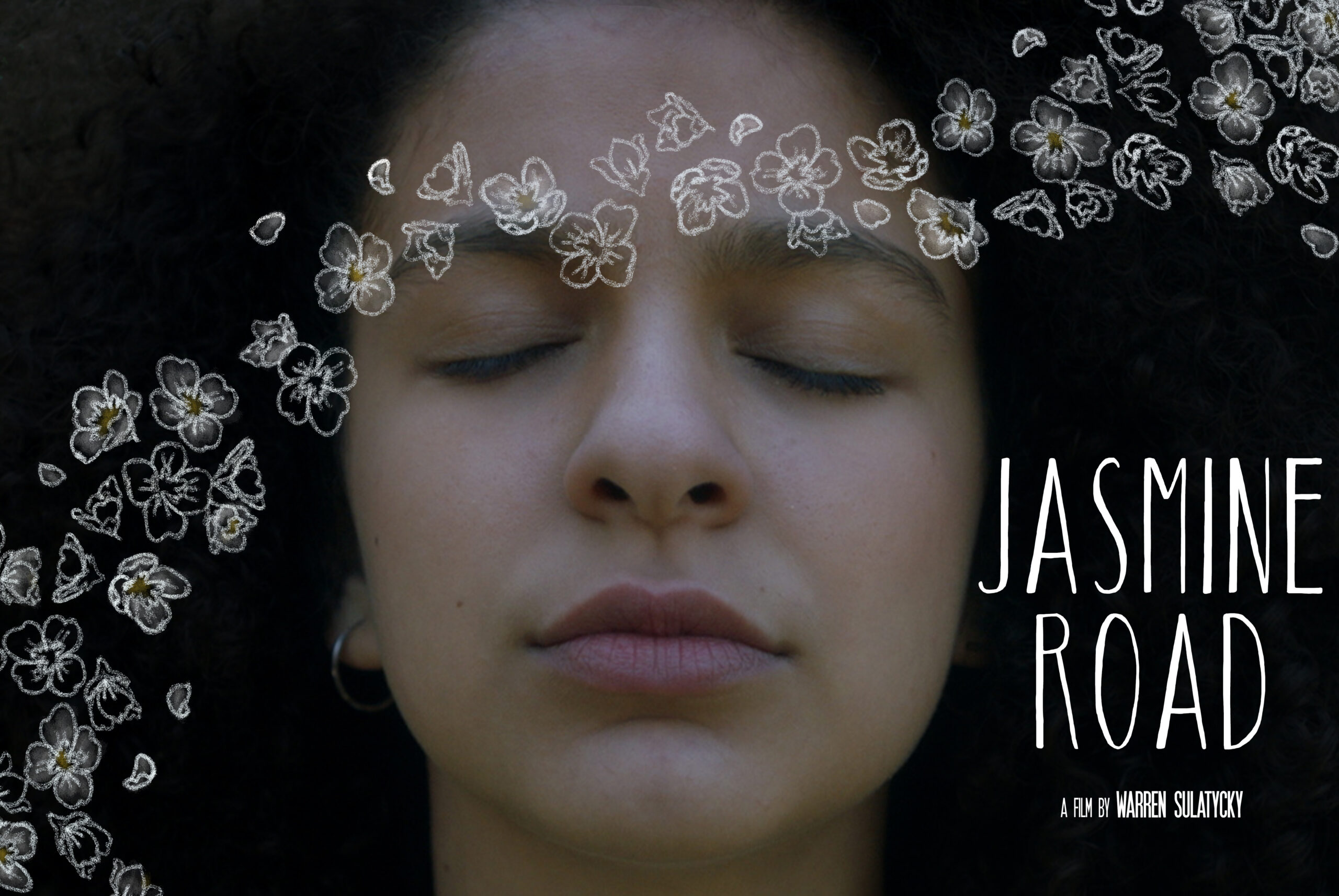 A grieving Alberta rancher and a family of Syrian refugees, slowly, magically find common ground in the moving…
Jasmine Road

A film by Warren Sulatycky

Gruff and lonely rancher Mac (Greg Ellwand) is only a month past burying his wife Belle when his daughter Loretta (Caitlyn Sponheimer) becomes attached to a Syrian girl Heba (Melody Mokhtari) in a class she’s teaching.

This is not necessarily a recipe for a heart-warming meeting of cultures. What amounts to Mac’s social life is spent at the local Smokehouse Diner in the town of Red River, where his buddies comment abrasively on the news, particularly on the refugee crisis and Canada’s embrace of the globally displaced “with our tax money.”

This is the uphill emotional climb at the center of Jasmine Road, from filmmaker Warren Sulatycky (April in Autumn), a film that seamlessly blends magical realism with the events of the day.

Loretta is inspired to an act of charity – inviting Heba, her mother Layla (Aixa Kay) and her uncle Salem (Ahmed Muslimani) to live on the ranch; partly in the hopes that helping others will revive her father’s spirits.

Spirits, in another sense, play an important role, as characters are visited by people from their past, to help them through an experience marred by prejudice, persecution and the apathy of otherwise good people. It’s harsh reality, gently told by a filmmaker, artist, writer and theatre creator with an eye for emotional truths.

“I have always believed that the best stories are small stories you find in your backyard,” says Sulatycky, who was inspired by the wave of refugees and the media noise that accompanied it in 2015. The furor, followed by the silence as the refugees settled into their new normal, inspired the Albertan-raised director to consider how the lives of people from a world away would mesh in small-town Western Canada. Understanding conservatism in his home province can sometimes be related to stress over Albertan’s futures and their ability to make a living when faced with newcomers.

“Mac is a man from that side of the spectrum,” continues Sulatycky, “where life has always been hard. But in the end, the borders we open are between people. With all the negativity and the talk of building walls around ourselves, our countries, our lives, I want people to come away from this film with the message of opening their hearts.”

The majority of Jasmine Road was filmed in Southern Alberta in 2019. The film was presented at the 2020 Cannes Marche du Film World Market, and will have its world premiere at the 2020 Calgary International Film Festival.
Jasmine Road was written, produced and directed by Warren Sulatycky and co-produced by Caitlyn Sponheimer. With the generous financial support of Telefilm Canada, Alberta Media Fund (development and production) and Ontario Creates.