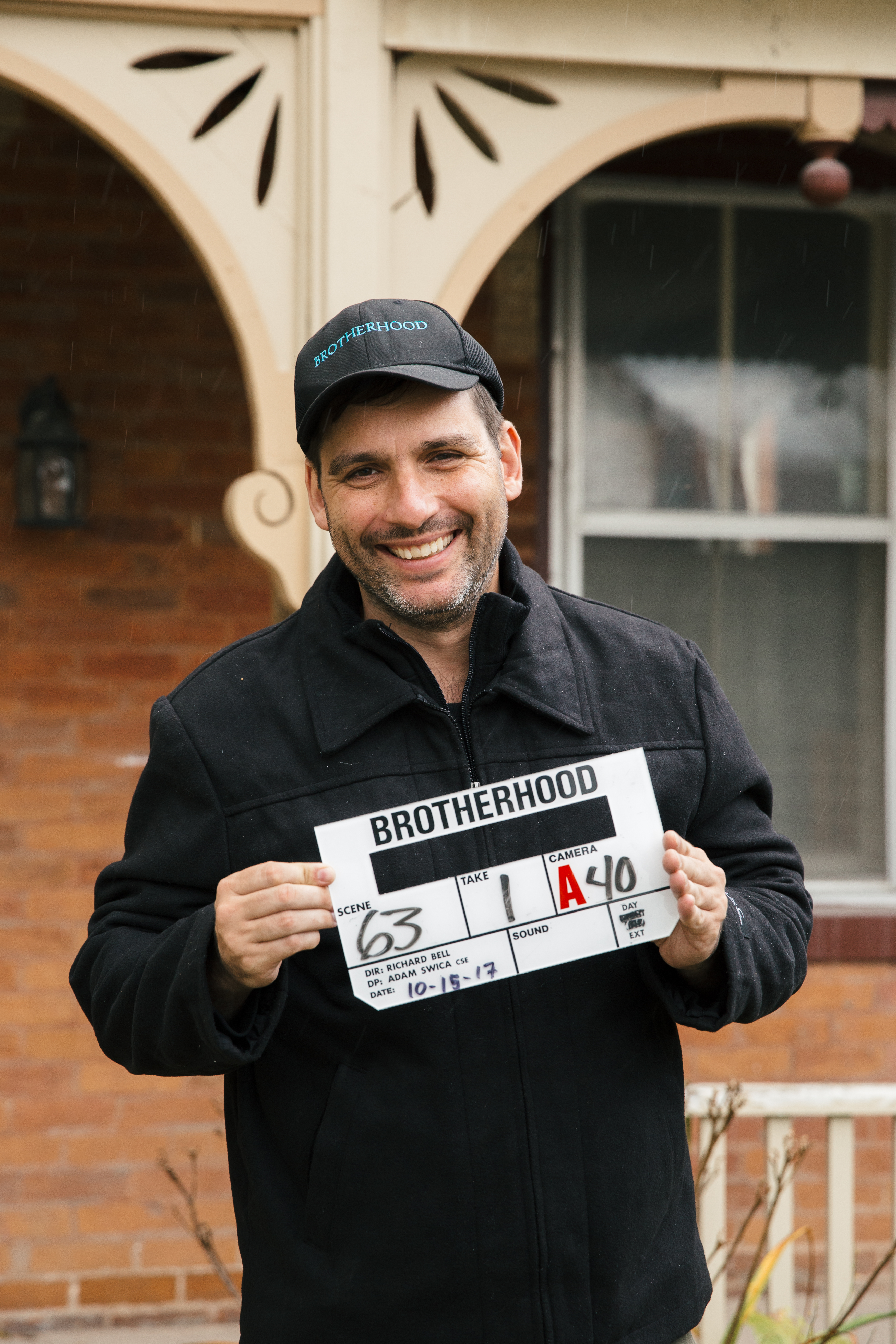 Opens in Toronto for a week-long engagement

Based on the harrowing true story that made newspaper headlines across North America in the 1920s, Brotherhood is a taut survival drama from a bristling piece of Canadian history.

A band of teenaged boys arrive at Long Point Camp on sprawling Balsam Lake for the ultimate Canadian experience: two weeks of games, kite-making, lacrosse, sing-a-longs, marshmallow roasts, canoeing, swimming and adventure. Great War veterans, Arthur and Robert have their own approach to educating and nurturing these boys who are pugnacious with raw personalities. Arthur and Robert set off across the lake in a thirty-foot Indian war canoe with the unofficial band of brother’s leader Waller and ten of his companions. When they encounter a freak summer storm and are capsized in the middle of the churning lake, the brotherhood’s holiday descends into a soul-shuddering fight for survival. Only four will survive.

The Brotherhood of St. Andrew leadership group in the movie was out of St. James’ Cathedral in downtown Toronto. The film provokes conversations about thinking less for ourselves, and more for our tribe. A story about bravery, sacrifice, and selflessness.

“The true story of the Brotherhood of St. Andrew haunts me, and I want it to haunt you,” says writer/director Richard Bell. “This is a story that needs to be told, and not just because it’s about our country’s men and boys shaking the Great War out of their skulls, it’s a story about our brothers and sons today.”

PREY, a riveting TVO Original feature doc by Matt Gallagher, premieres on TVO and across Canada on tvo.org, Nov. 19, 9PM