Can science save us from ourselves?

Apocalypse Plan B
A Film by Mark Starowicz and Caitlin Starowicz 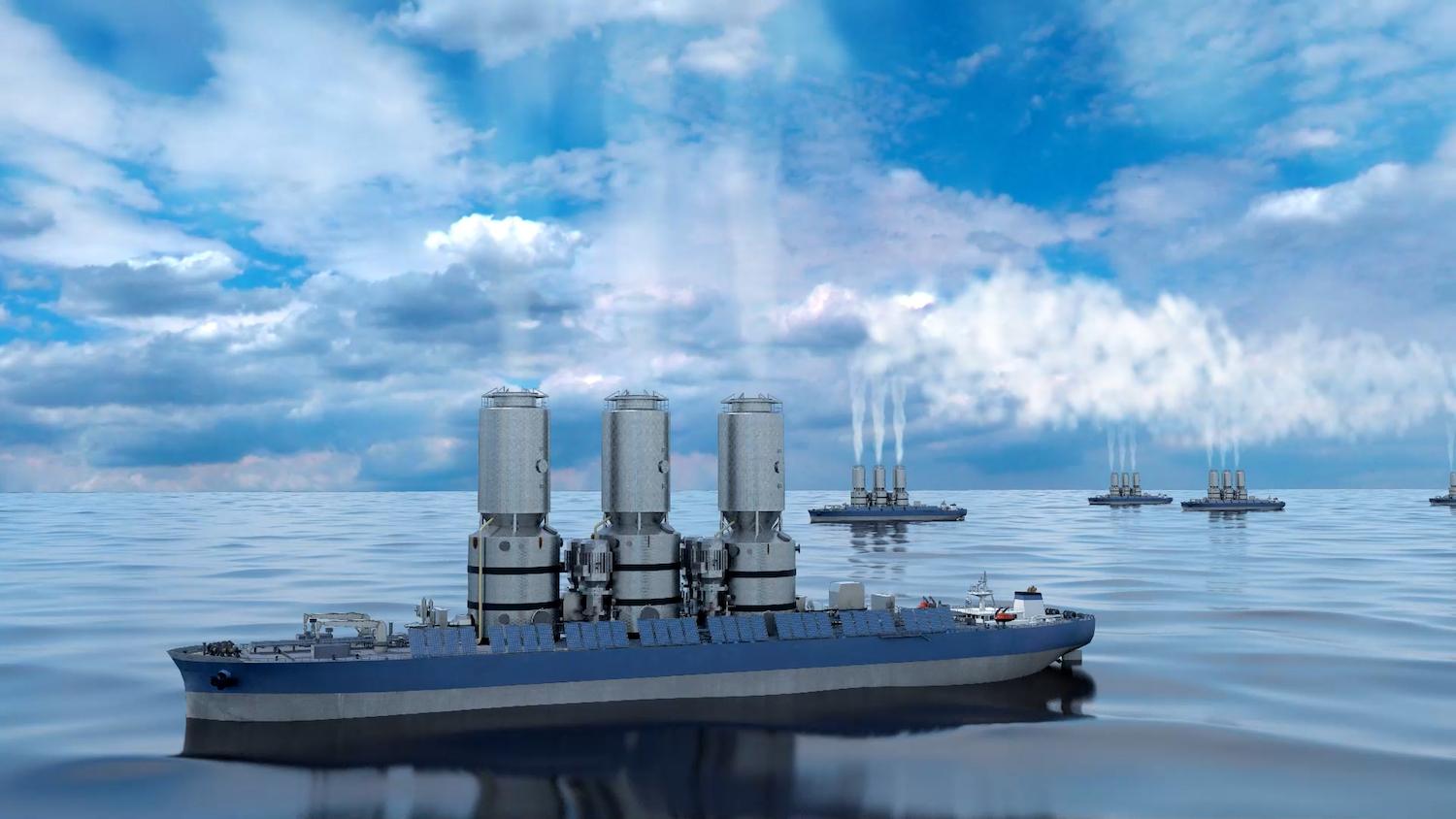 Filmmakers Mark Starowicz and Caitlin Starowicz look at scenarios to cool a warming planet – and the ways such interventions might backfire – in their latest riveting film Apocalypse Plan B.

This richly-illustrated documentary is a journey to a near future that looks like a science-fiction fantasy, but we discover this world is not fantasy but starkly real: Fleets of aircraft spraying the stratosphere to dim the sun, thousands of robotic cloud-making ships roaming the oceans, climate wars between nations, hundreds of giant vacuum plants filtering the atmosphere.

As the world begins to panic about global warming, and we are overwhelmed with fires, floods and storms, some radical ideas are in the air. Many climate scientists are urgently looking now to turn down the heat by altering the Earth’s skies.

Written, produced and directed by the veteran father and daughter filmmaking team, Apocalypse Plan B vividly shows these ideas, some already in the testing stage, for mitigating the damage we’ve done to the Earth’s climate. The film includes vigorous push-back from some of the projects received by many leading scientists.

David Suzuki, calls this “one of the most important films I have worked on.”

Having its world broadcast premiere on CBC’s The Nature of Things, Feb 17, at 8pm, Apocalypse Plan B features a passionate debate between host David Suzuki and Canadian-born Harvard physicist David Keith. Keith’s idea of spraying the stratosphere with massive amounts of aerosol-like sulphur to reflect away sunlight, has made him something of a science celebrity, (appearing on shows like The Colbert Report and in the New York Times).

Keith’s plan is partly inspired by the massive 1991 eruption of the Philippines volcano Pinatubo, which spewed massive amounts of sulphur and lowered the average world temperature by half a degree for a year. “We have the capacity to lower the heat buildup by intervening,” says David Keith of the idea of dimming the sun by spraying the stratosphere. “It’s an issue of climate justice,” he adds, “solar geoengineering would have the largest benefits for people in hot countries, and in general for poor people in hot countries.”

Similarly, Dr. Sarah Doherty of the University of Washington was inspired by satellite images of lines of bright clouds over the oceans, directly over the path of freighters and other large vessels. Dr. Doherty reasoned that this smokestack emission-caused phenomenon could be replicated with benign salt spray instead.  “Cloud brightening,” is less toxic than spraying the stratosphere with sulphur, and envisions building fleets of cloud-making ships that would reinforce the planet’s cloud cover to reflect back more sunlight.

But others, like Indian physicist Dr. Vandana Shiva, are opposed to dimming the sun, especially David Keith’s idea of spraying the stratosphere. “You block the sun,” she says, “and what you’re basically doing is cursing the 80 percent of humanity and all the beings on this earth who depend on the green leaf for their survival on this planet.”

Critics also warn that the capability to control climate could be weaponized. Renowned climate scientist Michael E. Mann, author of “The New Climate War”, believes that some nations could unleash floods or droughts on their enemies “Geoengineering gives us another way to wage war – as if we needed another way to wage war!”

There are other, more natural ways to bring down the heat. Apocalypse Plan B goes into NASA’s Goddard Space Flight Centre where Dr. Lola Fatoyimbo studies forests from space, and graphically demonstrates how these forests clean the skies. We follow her deep into mangrove forests in the Everglades to understand how saving natural habitats is vital to our survival.

In Oxford, British environmental author George Monbiot argues humanity’s survival depends on restoring habitats. “Those ecosystems anchor the Earth’s systems,” he says, “If they go down, everything else goes down.”

Apocalypse Plan B shows how this generation faces a fork in the road: “We’ve got an existential choice,” says co-director Mark Starowicz. “Radical climate intervention through geoengineering, or radical global restoration of ecosystems. That’s what this film is about,”