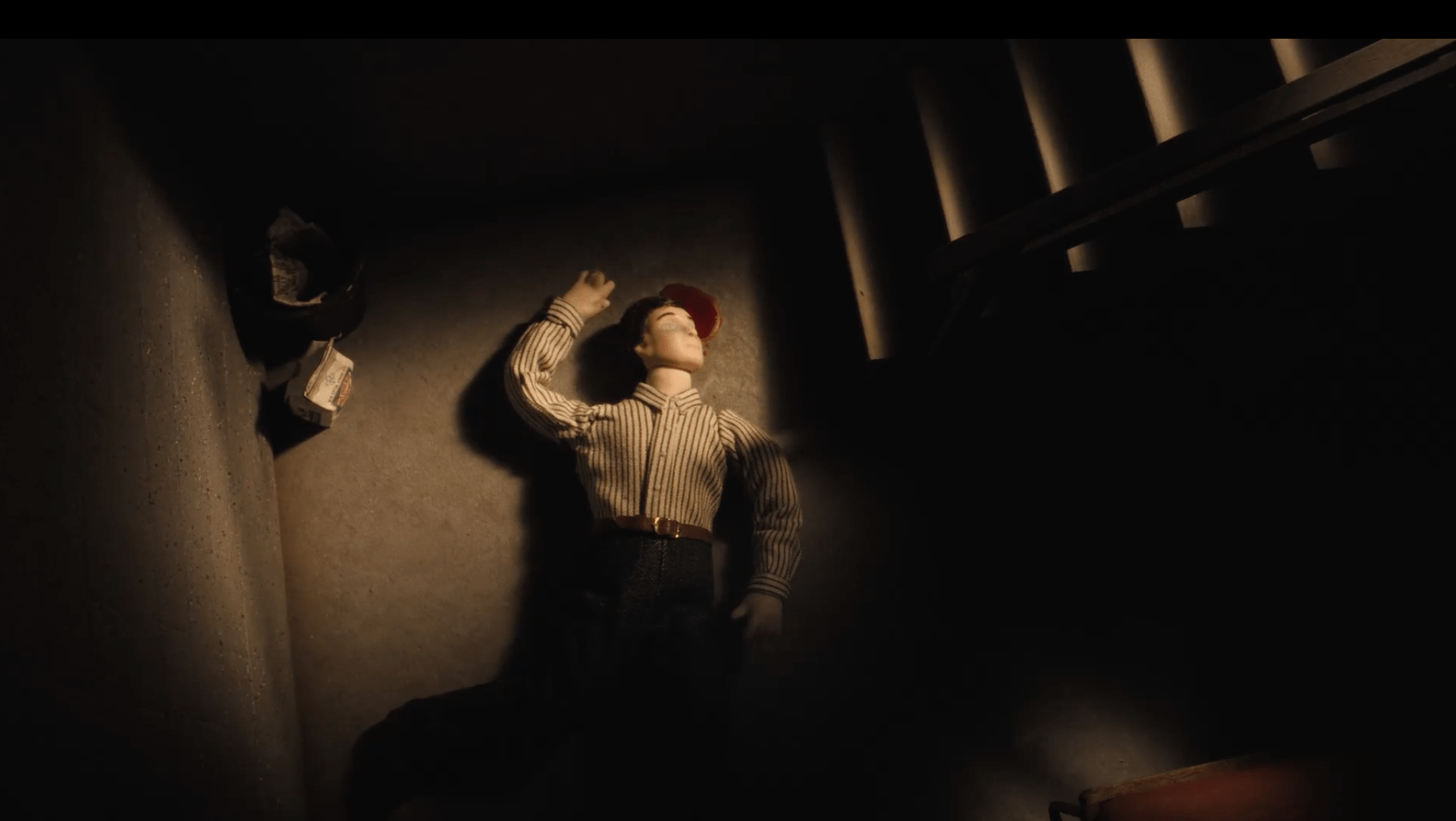 On February 8, 1968, Cpl. Bernie Langille of the Royal Canadian Electrical and Mechanical Engineers at New Brunswick’s CFB Gagetown showed up in bed next to his wife, his head bleeding. He’d been out with military buddies at the base canteen.

The next morning, his condition worsened, and a puddle of blood was found on the basement floor. The local ER was slow getting him transported to Halifax. While waiting for the flight to Halifax, he was violently abused by a controversial doctor. When he finally made it to Halifax, he survived his ambulance getting hit by a train. At the hospital, following surgery, he died.

More than a half-century later, Cpl. Langille’s grandson, also named Bernie Langille, discovered his grandfather’s S.I.N. number on his tombstone and was inspired to seek answers to the cold case that was practically a family curse.

Filmmaker Jackie Torrens chronicles his rabbit-hole journey in Bernie Langille Wants to Know What Happened to Bernie Langille, which makes its world broadcast premiere on November 27, at 9pm EST on documentary Channel.

Torrens, who discovered this bizarre tale via Twitter, met Langille and decided to tell the story via both testimony and miniatures (created by artists Shelley Acker and Iris Sutherland)  – as befits the surreality of the truths and half-truths they would uncover together.

Unanswered questions, particularly ones that might involve murder, take their toll on a family. And the three generations of Langilles we meet have all endured fractured lives, marked by drug addiction and death. Bernie Langille the younger grandson is about to become a father himself, and his quest for the truth is also about breaking a narrative that weighed his family down.

In the void of not knowing, there are plenty of narratives. Bernie’s Uncle Larry died after devoting his life to the conspiracy theory that his father was murdered by the government after witnessing secret Agent Orange experiments.

Other narratives included a lethal fight, and two servicemen with bruised faces who’d shown up at Cpl. Langille’s funeral. For at least one neighbour, Anne Langille, the Corporal’s widow was a suspect, especially considering the abuse she’d endured at the hands of her troubled, ill-tempered husband.

The more fanciful the theories, the farther away a logical explanation seems.

“I was drawn to Bernie, a person struggling to understand the pieces and fragments of a painful legacy, passed down to him in the form of this odd tale,” says director Torrens. “I could relate to his longing to uncover how it had truly affected his family and, by extension, himself. His inheritance was a family that seemed emotionally frozen in time.”

Her use of miniatures to dramatize long-ago events was inspired by artists she’d met while working on a radio documentary. “I was amazed at the detailed craft & creativity involved in this underappreciated art form and was struck with the idea to depict Bernie’s family using miniature sets to journey back to that snowy night in 1968. It underscores the dreamlike nature of this dark family fable.”

Bernie Langille Wants To Know What Happened To Bernie Langilee is a Peep Media Production, in association with documentary Channel, with the participation of Canada Media Fund, Nova Scotia Business Inc., and The Canadian Film or Video Production Tax Credit. The feature film is Written and Directed by Jackie Torrens, Produced by Jessica Brown, and Executive Produced by Teresa Macinnes. Director of Photography is Kevin A. Fraser, Editor is Sarah Byrne and Miniature Creations are by Shelley Acker and Iris Sutherland.

Peep Media Inc. was founded in 2012 by producer Jessica Brown and director/writer Jackie Torrens. Peep Media is dedicated to providing unique content presented in unique ways. Specializing in creative non-fiction series and one-off documentaries, Brown and Torrens have between them 30 plus years of award-winning work in the film and television industry.