America’s oldest minority hockey program stickhandles the age and ailments of its legendary coach, while its young inner-city players face their future.

Co-directed and Produced by AJ Messier 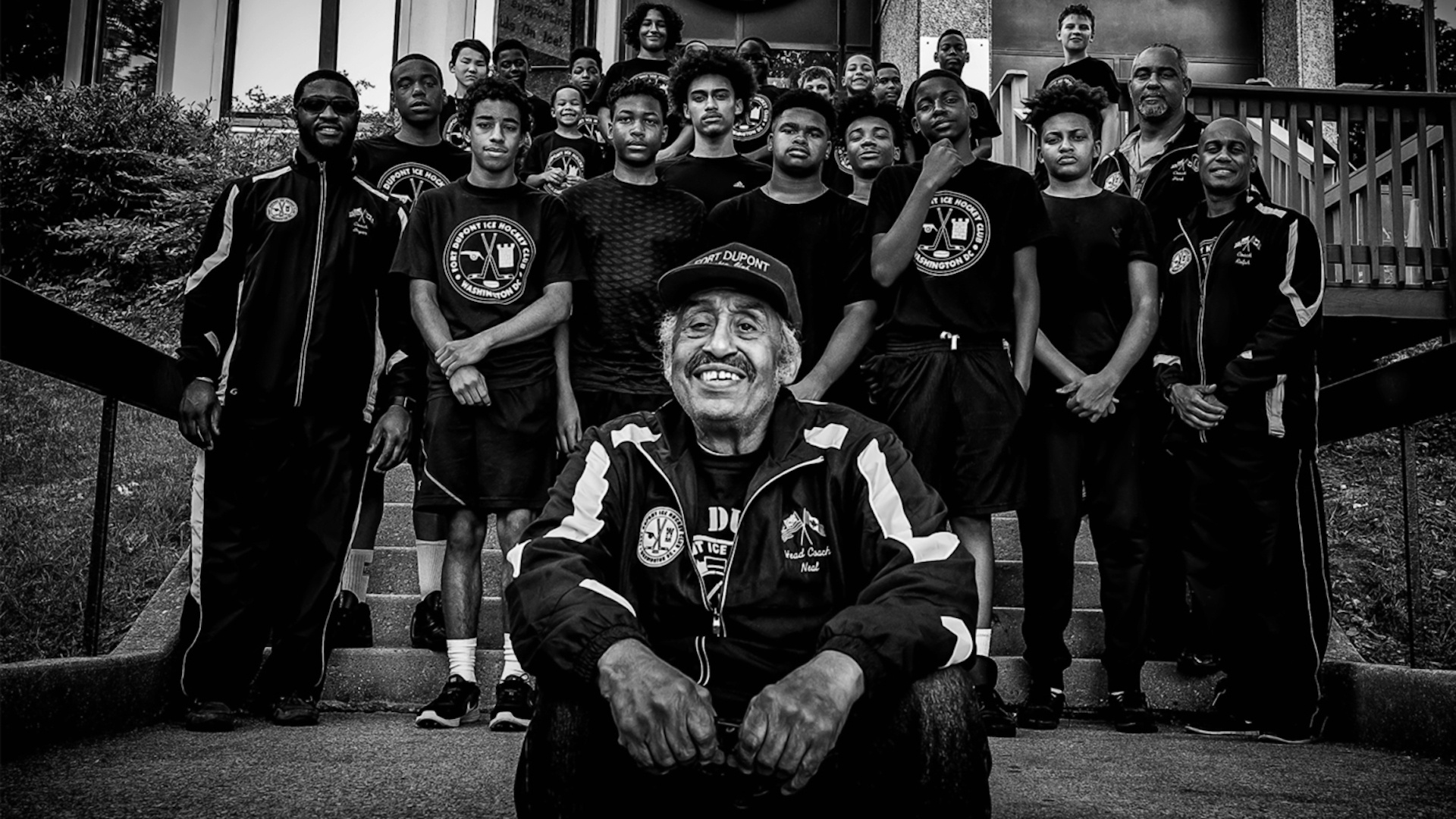 Also available online from November 15 – 28, right across the USA

Based in one of America’s toughest neighbourhoods, Southeast, Washington DC., the Cannons’ young players are largely from financially-challenged African-American families, playing the most expensive game in North American sports.

And with an ailing wife and ailments of his own, 81-year-old Neal Henderson – Coach Neal – the heart and soul of the Cannons, tries to keep the team on ice, as grateful ex-players and admirers campaign to induct him in to the U.S. Hockey Hall of Fame.

Directed by Steven Hoffner and co-directed by AJ Messier, The Cannons is an up-close look at the players, parents and coaches of this enduring team, whose inspired alumni and coaching staff include a Navy fighter pilot, and a Congressional chief of staff. It keys on two players in their final year, best friends Robert and Rayvon. Robert intends to apply for a spot as a police cadet. Rayvon, meanwhile, clings to the dream of playing college hockey (with the disappointing discovery that junior college hockey programs are on the decline).

Still, the Cannons’ life lessons are paramount. “The streets don’t love you, and some people have got to find out the hard way,” says Robert. As for any racism they might experience on ice, Coach Neal says, “Don’t react with your mouths or your attitude. Hit ‘em, hurt ‘em, score. That is it!”

“I am a white Canadian, and being part of the Cannons’ journey requires respect, due diligence and an alignment with Black voices,” says director Hoffner. “Having worked at the National Hockey League for over a decade in video production, I was ripe with a fascination for the Cannons program. Underprivileged Black Americans playing what is traditionally known as a rich white man’s sport, certainly struck a chord with my curiosity.

“What we learned after two-plus years of shooting; 70 days of principal photography and 1.5 years of editing, was that this was much more than a story. Coach Neal and the families in this film became truly part of our collective. We saw tragedy and success, ups and downs.

“All in all, we made new families throughout this experience and relationships to last a lifetime.”

This is the first feature, directorial debut by Hoffner, who also shot and edited the film.