New star-studded documentary to premiere November 27 on TVO
Celebrates the Life of Elwy Yost, Ontario’s beloved host of Saturday Night at the Movies 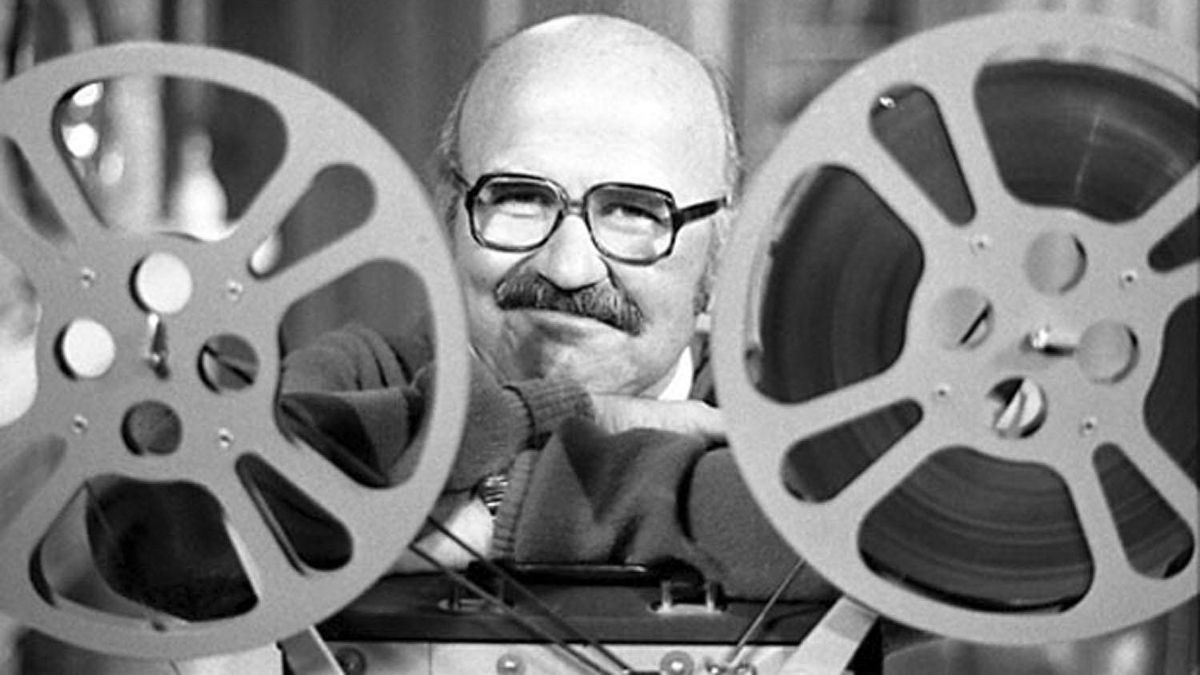 For over two decades, Elwy Yost shared his love of cinema with Ontarians as the host of TVO’s hit series Saturday Night at the Movies. Premiering Saturday, November 27, 2021 at 8 pm ET and streaming online at TVO.org, YouTube and Roku, TVO Original Magic Shadows, Elwy Yost: A Life in Movies, directed by Karen Shopsowitz, tells the story of a man who started his career as a teacher and ended up teaching generations of Ontarians how to watch films. Magic Shadows brings together new and archival interviews with Canadian stars and personalities to pay tribute to Yost and the cinematic arts he championed.

From 1974 to 1999, Yost helped shape Saturday Night at the Movies into a must-see weekly event that captivated Ontarians with commercial-free films, including arthouse hits like Ingmar Bergman’s Through a Glass Darkly and enduring successes like Citizen Kane. He also presented in-depth, on-location interviews with some of Hollywood’s leading talent, from Oscar winners Henry Fonda and John Huston to special effects visionary Linwood Dunn and title-sequence master Saul Bass.

“I loved watching Elwy’s interviews,” says director Karen Shopsowitz. “While we were making this film, I realized how much influence he continues to have on so many filmmakers, writers, actors, and of course, his fans. Saturday Night at the Movies was about more than watching great films. Elwy gave us all a way to appreciate a wider world of creativity.”

“An entire generation of Ontarians turned to TVO’s Saturday Night at the Movies every week to watch great films in their living room. This became a long-standing ritual,” says John Ferri, VP of Programming and Content at TVO. “Offering engaging, educational experiences audiences loved, Elwy possessed a true gift for translating the power of cinema, while also promoting the potential of our industry here at home. He was a passionate advocate of creative filmmaking, and we were all lucky to share in that passion for so many years.”

In a sister series from TVO, Magic Shadows (1974-1988), Yost presented serialized films and his passionate insight as a film-lover on what made each program worth savouring. The popular series lends its name to the new feature documentary premiering this month.

This Magic Shadows is both a celebration of cinema and a rare look into Yost’s personal life. Viewers will be touched by stories of his courtship and marriage to Lila Melby, and the celebration of his son Graham, who became an A-list screenwriter with the thriller Speed. Elwy Yost was inducted into the Order of Canada in 1999 in recognition of his impact on a generation and an industry. He passed away in 2011.

Magic Shadows is a TVO Original produced by Colette Vosberg and Meredith Usher.

Stream Magic Shadows any time after the premiere on TVO.org, YouTube and Roku. The TVO Original will also be rebroadcast on Monday, November 29 at 9 pm ET and Thursday, December 2 at 10 pm ET.

Firestarter Productions is an independent media production company. In 2021, “Bug Hunter!”, a co-production project between Firestarter and New Zealand’s Gibson Group, received recognition for outstanding work by being nominated in the multi-media children’s category at the Rockie Awards held June 2021, and for the upcoming World Congress of Science and Factual Producers 2021 Buzzies Award. Firestarter’s key mandate is to produce content that is truthful, engaging and comes from the heart. Its latest project, MAGIC SHADOWS, Elwy Yost: A Life in Movies, highlights Elwy’s achievements and his legacy in both education and film in Ontario.