FROM EARTH TO SKY 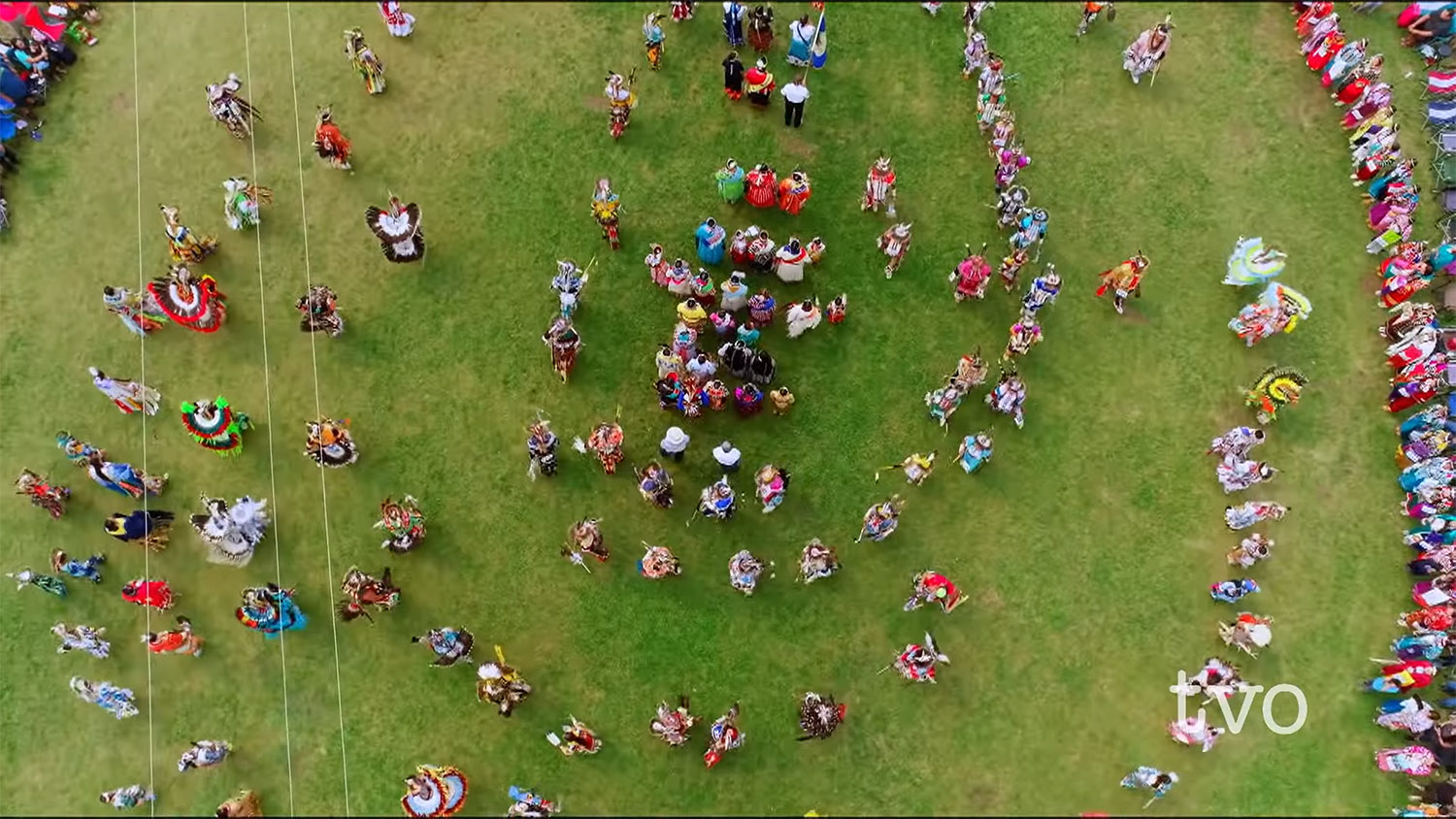 Premiering for National Indigenous Peoples Day, Monday June 21, 2021 at 9:00 pm ET, TVO Original From Earth To Sky offers a unique and inspiring story of a proud, accomplished collective of Indigenous architects, driving a movement as climate change threatens the planet. They are world leaders in aesthetics, form, sustainability and ultimately, in protecting Mother Earth. Their stories have never been more important,and this film articulates the power of Indigenous architecture and its relevance in today’s world.

Each architect defines his/her individuality through artistry, and yet they bond in their philosophy of how to protect the planet. Diverse in gender, age and artistic approach, they find common ground in their Indigenous identity. Having lived harrowing experiences of dysfunction, poverty, violence and assimilation, they all overcame adversity to become the top in their field.

“Meeting iconic architect Douglas Cardinal in the fall of 2017, along with 18 other Indigenous architects from Turtle Island who collaborated on an installation for the Venice Biennale, was an inspiring experience,” said director Ron Chapman. “Diverse and unique, the conversations I had with these talented architects sparked the fire for a film to document their illustrious contributions. And it has been an honour to observe, listen and lens seven of these extraordinary professionals and feature their experiences in From Earth to Sky. The celebrated landmark buildings they have created for their community, as well as national and international audiences, are a testament to their commitment to embrace mother earth.”

While an international movement ignited when they visited New Zealand to collaborate with Maori and Indigenous architects and designers from around the world, the film culminates as they travel to the Venice Biennale of Architecture to present, for the first time, Indigenous Architecture from North America in a spectacular installation. It is an event of unprecedented importance to be honoured on the world stage of architecture. Together these Indigenous architects are changing the world, influencing humanity to consider the built environment as having an impact on our planet, and guiding us to the possibility of a sustainable future.

“Indigenous architects have been creating important buildings that affirm a sense of belonging and connection to the land,” said John Ferri, VP of Programming and Content at TVO. “Viewers of this powerful TVO Original documentary will be inspired by the vision and personal stories of each of these extraordinary creators.”

Watch TVO Original From Earth To Sky at 9 pm ET on Monday, June 21, 2021 on TVO or stream it in Canada anytime after that on TVO.org, the TVO Docs YouTube and the TVO Roku Channel.

Director and producer Ron Chapman is an award-winning Toronto filmmaker. His feature documentaries have garnered acclaim worldwide and have aired on major networks and platforms, including: Who the F**K is Arthur Fogel, featuring Lady Gaga, U2, The Police, Madonna, Rush, and key music industry insiders; The Poet of Havana, with Carlos Varela, Benicio Del Toro, Jackson Browne; The Forbidden Shore, an in-depth exploration of Cuba’s top musical artists. Chapman’s latest concert film, Carlos Varela Live in Havana released internationally in January 2021, along with a special limited edition boxed set including The Poet of Havana, Carlos Varela Live in Havana, and a double album of the live concert. And his latest documentary feature From Earth to Sky, the story of eight indigenous architects from Turtle Island, will have its world-premiere on TVO June 21, 2021, National Indigenous Peoples Day. He is currently in production on a new music documentary investigating 1969’s The Toronto Rock N Roll Revival – what Rolling Stone Magazine called “the second most important event in rock history” – with John Lennon and the Plastic Ono Band, Bo Diddly, Jerry Lee Lewis, Chuck Berry, Gene Vincent, The Doors, Chicago and more, to be released 2022.  Chapman started out as a musician then became an artist manager, record producer, club owner, and concert promoter; and evolved to develop his own film production company, and advertising agency, where he produced and directed commercials for international brands. His album of original songs, As Worlds Collide, is on Current Records, with recent single and video “Turn Away”.  Shelter will have its world premiere as the opening film of the Toronto Jewish Film Festival, June 3, 2021. Website