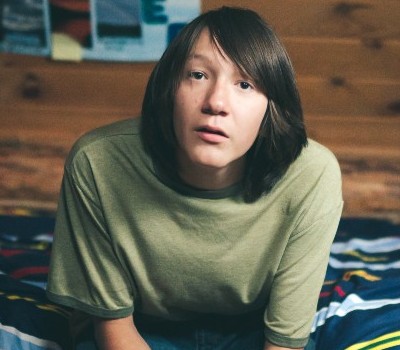 Photon Films and Media has acquired the Canadian rights to the Indigenous coming-of-age drama Portraits From A Fire. The film is directed by Trevor Mack, story is by Trevor Mack & Derek Vermillion, and it is written by Manny Mahal.

The film follows Tyler (William Lulua), an eccentric and lonely teenager who spends his days filmmaking, and vlogging in his Indigenous community, and hanging out with his grandparents. His father, Gord (Nathaniel Arcand), is physically present but remains emotionally absent from the boy’s life. Tyler cannot understand why. That is until he meets Aaron (Asivak Koostachin), a mysterious, charismatic figure who ends up being a huge influence on Tyler. He also encourages Tyler to showcase to the community his most personal film, one that deals with his mother’s disappearance. This leads to a reckoning between past and future, life and death, and father and son.

Currently the film is enjoying a robust festival run that includes stops at CineFest, CIFF, VIFF, EIFF, imagineNATIVE, just to name a few. Following the festivals, Portrait From A Fire will have a special Spotlight Series presentation at Landmark Cinemas across Canada on November 1, and then becomes available on all major VOD platforms, and iTunes across Canada on November 9.

Mack is an award-winning Tsilhqot’in nation filmmaker from the interior of British Columbia. Raised by his single mother and family, his culture and upbringing provided a strong foundation for storytelling that is expressed through his current film work.

Portraits From A Fire is produced by Rylan Friday, and Kate Kroll.

ABOUT PHOTON FILMS AND MEDIA

Launched in 2010, Photon Films and Media (photonfilms.ca), formerly Pacific Northwest Pictures, is a leading Canadian entertainment company specializing in the development, financing, production and distribution of feature films for the domestic and international marketplace. With an emphasis on high quality films from leading filmmakers in diverse genres, Photon Films brings those films to consumers with innovative forms of marketing and distribution across all distribution platforms.