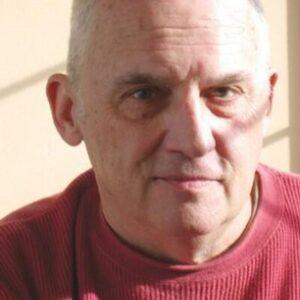 Canadian filmmaker and Academy Award winner John Zaritsky died of heart failure on Wednesday March 30, 2022 at Vancouver General hospital at the age of 79.

Born July 13, 1943 in St. Catharines, Ontario, Zaritsky was widely known and respected in the film industry, with a career spanning more than 40 years and a reputation of taking on the most impossible of topics and characters, and turning them into compelling and entertaining stories.

Entrusted to document raw and vulnerable moments in life, Zaritsky did so with an insightful heart for families considering genetic testing for Huntington’s disease, Do You Really Want to Know?, a vibrant performer who vowed to get the last laugh over Lou Gehrig’s disease, Leave Them Laughing, and men facing their greatest fears in Men Don’t Cry: Prostate Cancer Stories, which he shot shortly before discovering his own diagnosis with the disease.

His most voracious search for truth was in his investigative work and filming of the scandal and tragedy behind thalidomide —the worst drug disaster in history— and the trilogy he leaves behind to expose it, Broken Promises; Extraordinary People; No Limits: The Thalidomide Saga.

With subjects as diverse and controversial as war, Romeo and Juliet in Sarajevo, assisted suicide, The Suicide Tourist, and criminals, Rapists: Can They Be Stopped; The Wild Horse Redemption, to name only a few, Zaritsky shared complex stories that most filmmakers steered clear of. In doing so, he revealed difficult questions and circumstances that people were forced to face, and gave voice and empowerment to survivors, along with an effective nudge to audiences to examine their own life and that of others a little more honestly and humbly. The New York Times called Zaritsky’s Murder on Abortion Row “a remarkable, heart-wrenching film” — a review that was echoed many times throughout the filmmaker’s catalogue of work.

When he wasn’t bringing the dark into the light to be examined, he was letting his playful, adventurous side shine through and celebrating eccentricity, such as in his documentary Ski Bums, shot in one of his favourite locales, Whistler, near his Vancouver BC home. A Different Drummer continued the fun, capturing Canada’s top singers recording the single “Tears Are Not Enough” for Ethiopian famine relief. John also spotlighted the Snowbirds, the Royal Canadian Air Force’s aerobatics flight demonstration team, in The Real Stuff with music by David Foster.

In addition to the 1982 Academy Award for his documentary Just Another Missing Kid, Zaritsky’s thought-provoking films have received more than 40 industry and major film festival awards, including seven Gemini Awards, a Hot Docs Special Jury Award, Cable Ace Award, Whistler Film Festival Lifetime Achievement Award, and several Emmy and additional Gemini nominations. His work has been broadcast in 35 countries and screened at more than 40 film festivals around the world, including Sundance, TIFF, VIFF, IDFA in Amsterdam, Hot Docs,, and South by Southwest.

Zaritsky shared his experience and skills when he taught documentary studies at the University of British Columbia and as Artist in Residence at Berkeley, and many of his students became friends and remained in touch.

Johnny is survived by his beloved “English nurse” wife, Annie Clutton, and their family: Errin and Bern Lally and grandchildren Imogen and Reid. His greatest joys were spending time with them, as well as travelling, sharing stories with friends, and his late-in-life discovery of English football.

“‘I am one fucking lucky guy’,” he said in the hospital the day he died shared Clutton, “ he had been working on some chapter outlines for his memoirs, debating how to tell the best story he could.”

“In his memory he would like you to do two things,” she advised. “Take a friend out for a beer or two, and watch a locally-made documentary and allow your life to be changed a little.”

Celebration of life events will be scheduled in Vancouver, Toronto, and Whistler.

Friends and fans are asked and encouraged to share their favourite and most outrageous memories and stories at https://www.facebook.com/johnzaritskycelebration/
Read Previous