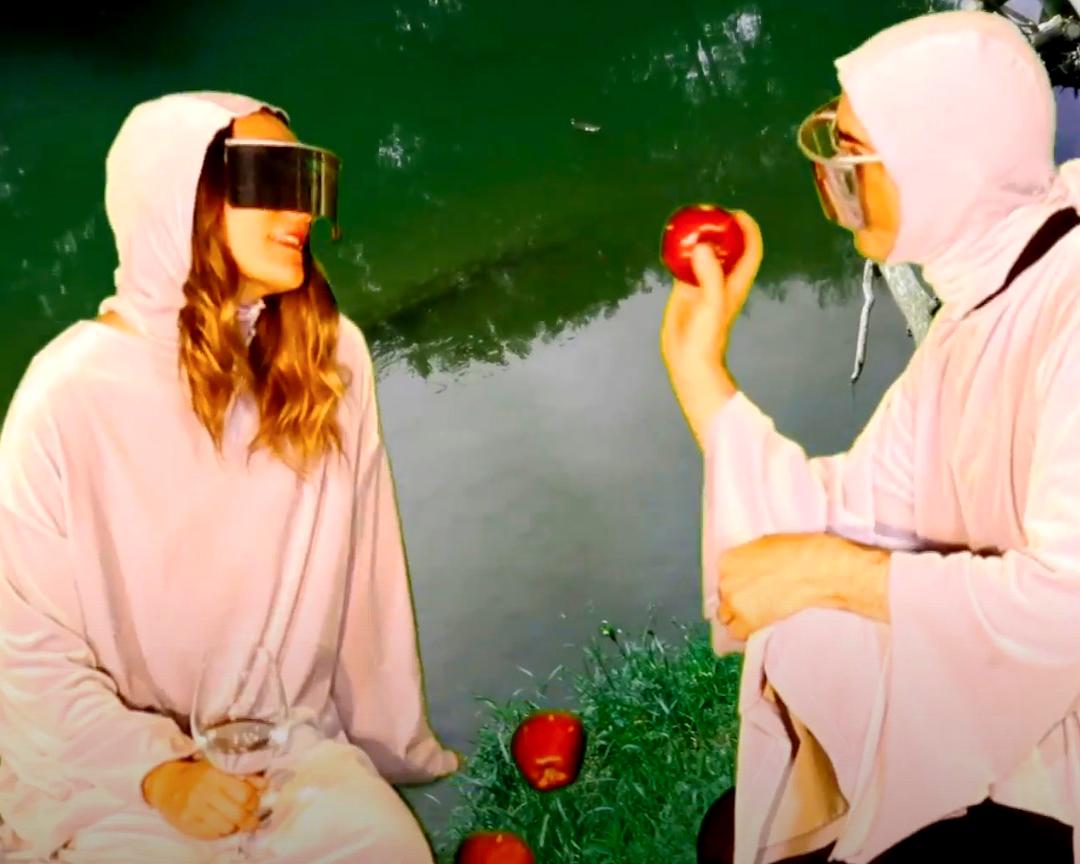 Harkness, a multi-instrumental one-man-band, whose gift for rich production has turned heads the world-over, is throwing a curveball with I.D., the 4th video from his debut album, The Occasion.

In a powerful album of imaginative flourishes and audacious sound combinations, I.D. stands alone. It’s a stripped down romantic-sounding tune, a contemplative breather that channels vintage surf-rock slow-dances with poetic lyrics about living in the moment and understanding love and personal pain.

“This video was inspired by the fact that I treasure taking secret picnics off the beaten path with my lover,” Harkness says. “Finding a place where no one else can, where we eat, drink and be as merry as we like, just the two of us. A place where we can essentially completely ‘disappear’ for the day.”

An example of such a getaway, he says, is Ward’s Island, in Toronto, a spot where one can be alone in a green space, separated by water from millions of people in a hyperactive city.

“For this very D.I.Y. video of I.D. I invited my ‘picnic date’ and hired some local dancers. We filmed the video at my friend’s factory warehouse using green-screen.”

Harkness acknowledges the deliberate surf-rock feel in the song, and the influence of a personal favourite, Australian post-psychedelic rockers Tame Impala.

“Warm 3-part vocal harmony, twangy electric guitars and a hypnotic drumbeat that can’t help but evoke the feeling of a weekend drive out of town,” he muses.

Rave reviews for The Occasion album have continued to pour in since its arrival last August, like this description; “a psych rock/pop masterpiece” by the music/culture magazine Louder Than War. And Beck keyboardist and solo artist Roger Manning said he was, “completely blown away by (Harkness’s) grasp of vocal harmony and arranging.”

I.D. was shot and directed by Mark Crabtree, and it was written and edited by Harkness.

Check out the Harkness website for more reviews, more videos, and even more tunes www.harknessmusic.com and follow on IG: @harknessmfa and FB: HarknessMFA.

The Sound Of Scars