THINGS WE FEEL BUT DO NOT SAY

Written and Directed by Lauren Grant
Produced by Ashleigh Rains 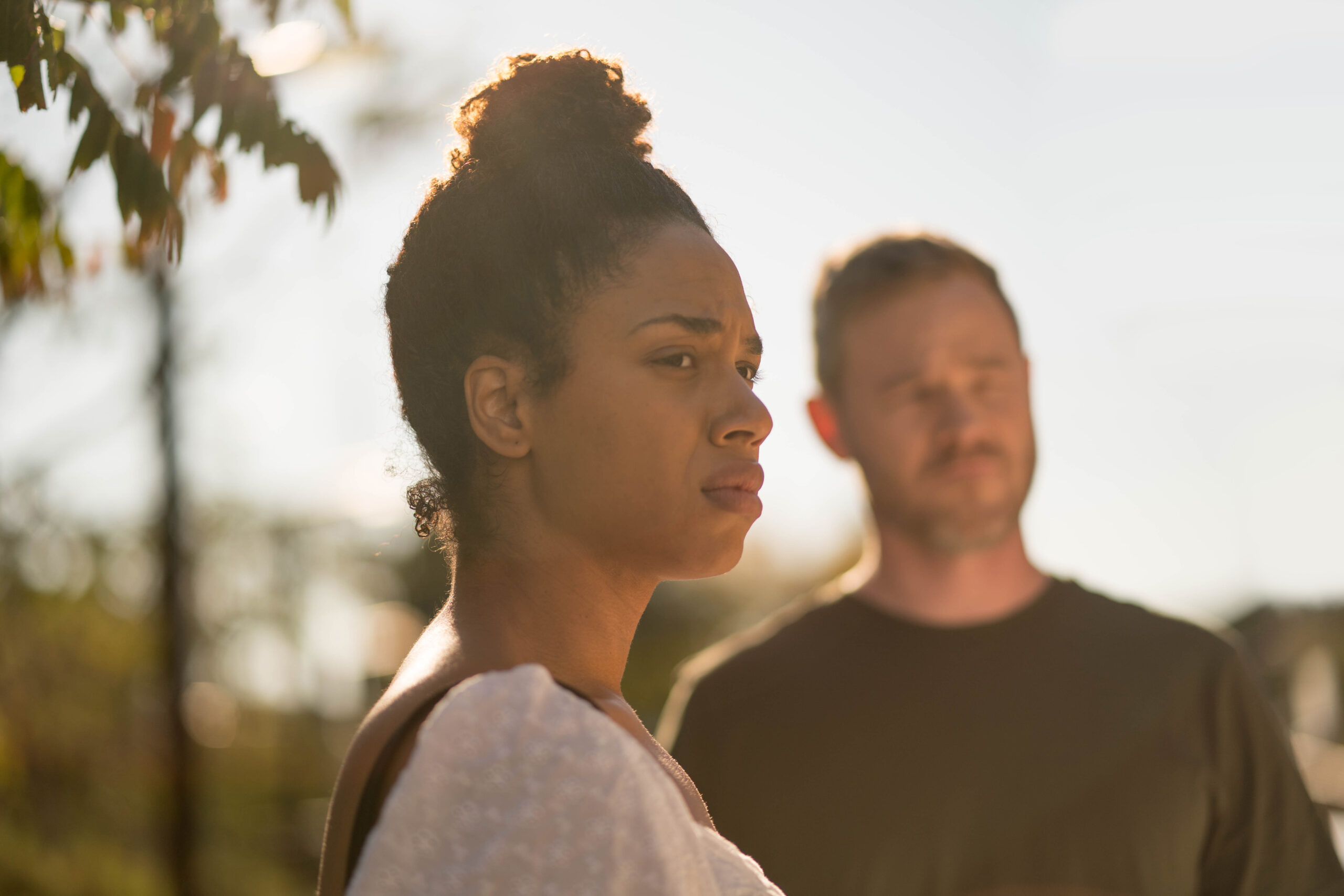 Genevieve (Gita Miller) is young and healthy. But when we meet her at a swim club, she makes a discovery that renders her literally speechless.

She texts “It’s happening” to her husband (Aaron Ashmore), virtually the only words she will speak throughout Lauren Grant’s short film Things We Feel But Do Not Say.

Her husband and doctors speak consoling words that surround her like background noise. But the anguish Genevieve experiences is communicated entirely by Miller’s expressions and defeated physicality. It is a full-on emotive acting exercise, caught in intimate close-ups by Grant and Osio Vanden’s camera.

“Things We Feel But Do Not Say is based on my experience with having two miscarriages before the birth of my daughter,” says Grant. “Like so many women, I kept this private. It weighed heavy on my heart for so long – long past what the outside world seemed to accept as a grieving period.

“I wanted to make a film that captures this private grief and isolation. A time when your own body doesn’t feel like a friend and even those closest to you are at a loss of how to help.

“I also wanted to capture how grief affects both partners – and it is easy to be so lost in your sorrow that you can miss it.”

“Lauren brought a confident voice and beautiful vision to the film,” says producer Ashleigh Rains. “Her sensitivity to the material and her skillful ability working with Gita and Aaron evoked stunning performances.

“It’s an honour to produce Lauren’s directorial debut,” adds Rains, “and I’m thrilled audiences will now experience and engage with her work.”