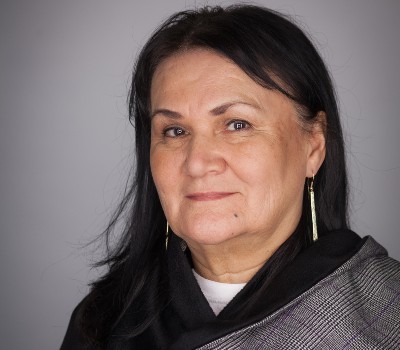 Established in 2002 by Dr.Cheechoo, the renowned James Bay Cree artist, actor, and filmmaker, Weengushk Film Institute (WFI) is one of Canada’s most meaningful centers of learning. The first of its kind, this non-profit centre educates and inspires Indigenous and diverse youth with its logistics programming integrating creative and life skills.

The center will honour and empower indigenous and diverse youth by developing their creative voices. The building shape will be reminiscent of a turtle floating above the earth, an important motif in Indigenous cultures.

“I wanted the new Weengushk Film Institute’s training center to be shaped like a turtle as I have been taught that the turtle supports the world,” says Dr. Cheechoo. “It’s an icon of life itself.”

Embracing this shared knowledge through biophilic design, the architects have incorporated the project’s natural surroundings and elements by using timber and stone distinctive to Manitoulin, as well as ice, which has been used culturally by Indigenous peoples as an efficient insulator. The mass of the building will float above the landscape on columns designed for the building to carry itself while allowing the structure the ability to minimize its impact on its surrounding environment and providing an outdoor space underneath for programming and public events. Inside, learners will benefit immensely through the expanded program offerings that the Turtle Island Projects’ state-of-the-art classrooms, labs, and performance spaces will house for Weengushk Film Institute.

The innovative design has also been selected as part of the Italian pavilion at the Venice Architecture Biennale, currently on until November. There, visitors from across the world can learn about Weengushk Film Institute and the importance of investing in Indigenous talent.

Weengushk Film Institute (WFI) is a non-profit, artist-focused film and television training centre, dedicated to unlocking the creative potential of Indigenous youth. While celebrating and sharing their voices, these emerging Indigenous artists learn market-leading and life skills, as they begin their path towards inspired and sustainable futures. Through an understanding of tradition, culture, and identity, WFI envisions the collection, preservation, and representation of new creative voices. The development and recognition of Indigenous youth at WFI supports the important contribution of Indigenous stories to the Canadian arts landscape. WFI is the first program of its kind to be accredited by a Canadian University and is proud of its partnership with Brock University.
WFI supports the Weengushk International Film Festival (WIFF) where thousands descend on Manitoulin Island to celebrate storytelling through film and television, a celebration of indigenous and diverse voices bringing together industry veterans, new and emerging independent filmmakers, including a unique WFI student film showcase.
WFI’s 20th year anniversary will be celebrated at the 2022 Weengushk International Film Festival event focused on celebrating Women entitled “Right From The Womb.”

​​Shirley Cheechoo (Cree) is the Founder and Artistic Director of Weengushk Film Institute. She is an accomplished artist, actor, and filmmaker, and has been working in the Indigenous community for over 30 years. This multi-award-winning filmmaker is the first person from a First Nation to write, produce, direct and act in a feature-length dramatic film in Canada, entitled Bearwalker (aka Backroads), which debuted at the 2000 Sundance Film Festival and had a market screening at the Cannes Film Festival in France. Shirley began directing films in 1998, after working as a playwright, actor, and director of notable plays. Her directorial debut, the award-winning short film Silent Tears, was screened at the 1998 Sundance Film Festival and was also awarded the Telefilm Canada and Northern Canada Award for Best Canadian Aboriginal Language Program.